The Vegan Hope for the Age of Peace 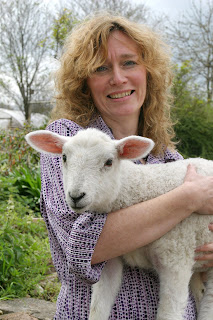 The social injustice record of humanity is that of a raving lunatic! Humans are the inventor of forced child marriages, child sex trafficking, rape, machismo, war and terrorism, guns, nuclear armament, bombs, child soldiery, genocide, the holocaust, crimes against humanity, crimes against nonhumanity, slavery, hate-crimes, vivisection, environmental devastation, species annihilation, epidemics, pesticides, toxins and chemical poisons, sexism, racism, nationalism, and speciesism. A 22 year old man in Lithuania throws a dog off a bridge, records it with his camera-phone and posts it on-line. A mother sold her 5 year old into sexuality for profit in a small town in North Carolina. A 13 year old girl is raped by several 15 year old boys while they record it on their camera-phone in the United States; where crime and depression are rampant. In a province of Spain, ‘The ‘Toro Jubilo’ annually occurs. Jeering mobs torture a bull with balls of burning tar or turpentine (called "pitch") attached to his horns. Some try to escape hours of agony by smashing into walls. Setting fire to a live animal — known as Toro de Fuego or “bull on fire” illustrates the deeply cruel part of human"kind?". Ninety-three nations in the world show their ruthless intolerance of others by still legally punishing homosexuality. In Iran, Saudi Arabia, Yemen, United Arab Emirates, Sudan, Nigeria, Mauritania and Somalia - gays and lesbians are punished with the death penalty.

There is a high incidence of rape, and numerous reports of gang rapes, in Sudan. Mass rape is used as a weapon of war in the genocide that continues to take place in Darfur. Instead of getting justice for being raped, often the women are accused as adulterers. If a girl is pregnant from the rape of another man and she is married, it is considered adultery, and the punishment for adultery is death. Currently, approximately 300,000 child soldiers are used in 30 countries around the world. Some of the biggest contributors to child soldiery are Brazil, China, and many African and Indonesian countries.

Slavery (of humans) was officially abolished worldwide, yet it continues to thrive because of the complicity of some governments and the ignorance of much of the world. Some common types of slavery are: chattel slavery, debt bondage, forced labor, and sexual slavery. There are conservative estimates of 27 million slaves in the world today, and up to 67 million if you include forced child labor. There is widespread use of children in cocoa production and many of the children (approximately 12,000 of the 200,000 working in the Ivory Coast cocoa industry) may be victims of human trafficking or slavery. West Africa supplies nearly 80% of the world's cocoa, and the Ivory Coast, supplies nearly half of that. The big chocolate producers buy cocoa at ‘commodities exchanges’ where cocoa from the Ivory Coast is mixed with other cocoa. So while some humans are taking pleasure in chocolate bars, African children under the age of 15 are being forced into child labor or slavery, and so are the cows for the milk in the milk chocolate. So-called civilized people delight in and sustain products of misery.

Child marriages are still customary in parts of the world. In many tribal systems of Africa (Kenya, Mali, etc.), a man pays a ‘bride price’ to the girl's family in order to marry her. In many parts of Africa, this payment decreases as a girl gets older. Even before puberty it is common for a married girl to leave her parents to be with her husband. Many marriages are poverty-related, with parents needing the bride price to care for the rest of the family. Meanwhile, a male child in these countries is more likely to gain a full education, gain employment and pursue a working life, thus tending to marry later, epitomizing sexism. In parts of Ethiopia and Nigeria, more than half of the girls are married before the age of 15 and some girls are married as young as the age of 7. South Asia has the highest prevalence of child marriage of any region in the world. India, especially rural areas, has a large rate of child marriages. Nearly half the young women in Bangladesh were married before the age of 15. The widespread prevalence of child marriage in Saudi Arabia has been documented by human rights groups. There are no laws defining the minimum age for marriage in Saudi Arabia, and girls as young as 8 years of age can marry.

The Holocaust, the embodiment of racism, is the word used to describe the genocide of the six million European Jews during the second World War; a program of systematic state-sponsored extermination by Nazi Germany, Hitler and allies. The Nazis also systematically murdered millions of people in other groups, including Catholics, homosexuals, Jehovah’s Witnesses, disabled people, Soviet civilians and prisoners of war, ethnic Poles, and Romani, after they enslaved and exploited them. There were 11 to 17 million human beings transported by trains to extermination camps, where they were killed in gas chambers. Some also use the term Holocaust to describe the estimated 800,000, mostly Tutsis, slaughtered in Rwanda. And others have used it to describe the ongoing mass murder of billions of land animals for food production.

According to the FAO; a division of the United Nations, ‘starvation’ currently affects more than one billion people (or 1 in 6 people). There is enough food produced to feed the world’s hungry, yet citizens of rich countries are gluttonous (celebrities make millions) while children starve to death in poorer countries. And they eat animal flesh. Meat production robs the grains that could feed the world’s starving children, is the biggest contributor to global warming and environmental degradation, and yet people don’t care. They say “I like my meat” without being the slightest bit ashamed that they are directly linked to the annihilation of billions of innocent animals, the planet, and the world's starving human beings.

We continue to develop “civilization” and deplete the wildnerness; thereby taking away the homes of many other species, to make room for the one that is the worst pest to the planet; the animal with the worst environmental footprint, the one who stains the oceans red with blood of murdered Calderon dolphins. These intelligent and friendly mammals come to be sociable with the teens of Feroe Island, Denmark each year, who then brutally slaughter them to show how adult and mature they are, all the while hearing the dolphin’s human-like cries. Undercover footage exposing men in factory farms horrifically abusing pigs and throwing piglets around like a football, and brutality on dairy farms towards cows and calves - is the latest news. Daily, I am overwhelmed with reports of shocking crimes inflicted on nonhuman animals, not to mention the ongoing slaughter of a 50-100 billion animals every year, every day, every second, everywhere in the world.

When is this insanity going to end? Has the human race gone entirely mad? Eating murdered corpses breeds violence and is the mark of a truly misguided and speciesist society. The Vegan Ethic is hope and a possible solution to the madness that is synonymous with the human race. I never hear of vegans killing or raping. When we become vegan, we “veganize” – we become more kindhearted. It’s something we can easily do to help try to turn it all around and become who we are really meant to be. Some of you may be saying I eat animal products and I don’t kill and rape. (You DO pay someone to inseminate cows & pigs, sometimes on a rape rack, and kill nonhuman animals for you; animals that are not much different than your family dog in their awareness).

A change of consciousness will surface when becoming vegan. Humans have the potential of limitless Love. Let’s bring about a vegan world that in no way resembles the ailing one that has been in existence for ages. As vegans; we usher in the long-awaited ‘Age of Peace’. The Age of Peace; where the scariest animal of all; the human, lies down with the lamb.
Posted by M. (known as) "Butterflies" Katz at 11/23/2009

Email ThisBlogThis!Share to TwitterShare to FacebookShare to Pinterest
Labels: Vegans and the Age of Peace

You are such an inspiring writer. I hope your words are read widely.

Sadly read, but I hope more read it. Thank you.

Your blog posts have inspired me so much! You are such a wonderful, kind-hearted person. People like you bring out the best in everyone.

Thank you so much for your inspiring words, reading you it was like a big hug for all of us, a world hug full of hope for our hearts. Thank you!