To Tell the Vegan Truth 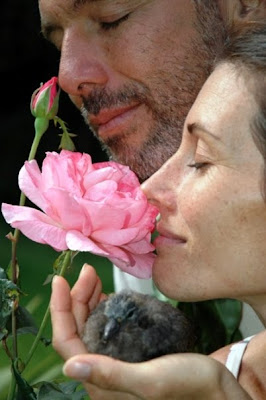 I’m amazed at how many (educated) people still think that ‘vegan’ is a diet. I’m offering my three decade vegan-point-of-view with my 2009-up-to-date-definition of a vegan: Veganism is an ethical stance that rejects and protests the present structure that views animals as a commodity rather than the feeling, conscious beings they truly are. Vegans strive to rise above their speciesist (and racist, sexist, etc.) mindsets. Hence, vegans avoid animal ingredients in food, clothing, products, and don't support businesses that exploit animals.Vegans exclude dairy, milk, cheese, eggs, honey, gelatin, meat, whey, leather, silk, wool, animal-derived substances in toiletries, products, and food. Vegans don't buy products that are tested on animals. They don't vote with their dollars to have animals perform for them, race for them, fight for them, entertain them, or die for them. Vegans don't support slavery.

Vegans don’t feel they are deprived. They feel fortunate to have been awakened to this Great Truth. It is not difficult to be vegan once you get past the initial re-educating yourself from the misconceptions you were indoctrinated with by a misinformed, cruel, and insensitive society. It is our obligation to evolve humanity by striving to reach our higher nature of compassion. We can do this by seeking the council of our conscience and following what it says. Often people are not aware of the extreme cruelty involved in the animal products they eat and wear. We can no longer, in good conscience, ignore what goes on just so people can have products/garments/food they “WANT”, that are completely unnecessary. If you purchase wool, you might think it doesn’t hurt the sheep. It does; tremendously. Routinely performed on sheep, (a very gentle animal), are cruel practices without anesthesia such as mulesing (a horror I won’t go into). Dairy cows are tortured and some of the most abused females. The crimes against innocent nonhuman animals that people are complicit in - is disgusting. Apparently, we are the ‘reasoning’ animal, but with all our intelligence, we as a humanity, have not seen something so easy to see; the natural feeling to want to save lives rather than being the cause of misery, suffering, and the death of other sentient beings.

Veganism is related to many other social justice issues. If you are an environmentalist and want to help save the planet, first and foremost, you must be vegan because animal agriculture (this term is bizarre through the eyes of a vegan) is reaping havoc on the environment and possibly the chief contributor to global warming. If you are a feminist, you must give up dairy and go vegan. The female reproductive systems of nonhuman animals are grossly exploited, and must be objected to; by not paying someone to do this to our sisters. If you are a peace activist in protest of violence, the first step would be to remove the violence you participate in by purchasing non-vegan products. Veganism is a solution to world hunger and a lack of equal distribution of food. Most of the grains and soy grown in the world goes to feed human-bred and enslaved animals for human consumption. If we did not breed and eat cows, pigs, etc, there would be plenty to feed the world’s starving humans. A balanced vegan diet is a better health plan for humans than the money-hungry ones in existence.

I naturally knew animals were not food when my brother told me that meat was a dead animal, when I was twelve. My understanding of the vegan ethic has now expanded to seeing it as a remedy to the world’s many illnesses. Looking at the big picture; I see veganism as a solution and our next evolutionary step. If you are not vegan, go vegan. Skip ‘vegetarian’ altogether as veganism is the only ethically-consistent position. Dairy cows are tortured and then they are brutally slaughtered just the same as cows for meat; it’s all the same business.

The spiritual harmony that comes from being vegan is wonderful beyond words. Everyone I know who became vegan, (not pseudo vegan), is more energized, has had physical ailments disappear, and has gained more mental clarity and self-esteem. Knowing how the vegan ethic can benefit humans, free nonhuman animals, and has the potential to help save the planet, I have no qualms about telling every person who will listen about the virtues of veganism. I’m telling people the truth. People don’t always want to hear the truth, however! Why do vegans have to be so careful about how we are telling non-vegans THE TRUTH?

Remaining ignorant of the atrocities that humans inflict on animals (that is within our control to stop with our purchasing power), is not justifiable. Ignorance is not bliss. Your ignorance is the opposite of bliss for billions of suffering animals, who so deserve the right to their little portion of light and bliss. Veganism is not some strange ‘eccentric’ way of thinking; it’s for everybody! Nearly every vegan, all around the world, will tell you that it is the best thing they’ve ever done! Veganism is ‘the real thing’. It’s not written in some book from centuries past, (probably misinterpreted, if I know humans); it’s written in our hearts. We know it is the ethically right thing to do. I feel compelled by moral obligation to tell the vegan truth.
Posted by M. (known as) "Butterflies" Katz at 11/14/2009

Email ThisBlogThis!Share to TwitterShare to FacebookShare to Pinterest
Labels: To tell the Vegan Truth

Very well said. It is hard for some of us to speak about our beliefs as no one seems to want to hear us.

beautifully spoken... i think and hope the world is changing, slow, into a better one. more people from the ones are turning to see the good of LIFE. Thank you for your blog.