20 Responses to the question "To What Extent do you take your Veganism?" 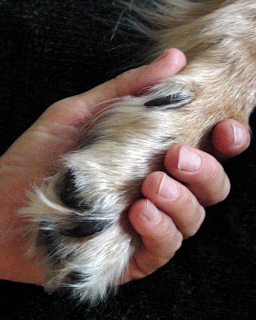 The following 20 responses were answering the question: “To what extent do you take your veganism?”

"It is a moral baseline. Having been awakened to the reality of our unnecessary exploitation of other sentient beings, I would no more take up eating or wearing animals than I would take up robbery and murder."

"I take my veganism very seriously, as it greatly influences virtually all aspects of my life. Not only are my food, clothing, and general product choices affected, but my entire world view is filtered, or purified, though vegan-colored glasses."

"It is the central tenet of my existence. It informs every decision I make and colors everything I see in the world. I have never compromised as I see it as my moral baseline. Sometimes the knowledge about the animals' suffering is hard to bear but I would never wish to return to ignorance. Veganism is my life now and it is the best choice I have ever been fortunate enough to make."

"One is either a Vegan or not a Vegan, not both, not either. If I didn't avoid speciesist abuse to my utmost extent possible I wouldn't be Vegan. I love to say "I'm Vegan" instead of "I'm a Vegan", for me removing the 'a' makes my Veganism a permanent life choice, just like I'm Atheist, I'm Male, I'm William."

"I actively research things I buy to make sure that they are vegan, e.g., I don't buy stainless steel, new computer monitors or anything else with animal products in it (even if it's only a possibility and I can't find out for sure for that particular product), even if it is only a trace amount. I won't help others to buy/use anything non-vegan, and guests are not allowed to bring anything non-vegan (except what they are wearing!) into my home."

"It defines my life in all respects."

"You either do or you don't. You can't portion it off."

"I don't buy anything that isn't vegan. My dogs are vegan. I try to bake often and give goodies to friends."

"I don't really think there should be any variation of commitment when it comes to veganism, for if one isn't striving to eliminate all cruelty from their life in every possible way, they aren't, in my opinion, vegan. It is a complete way of being, and it's not something you can have a half-hearted attitude about. It is life encompassing. I will take it as far as I possibly can until all cruelty is eliminated from every aspect of my life. Veganism is incredibly important to me and I take the suffering of animals very seriously."

"I strive to remove all animal products from my life. I also strive to be an example of a healthy and happy vegan for others to follow."

"Veganism is about reducing harm to animals (including human animals) in my daily living."

"I am a conscientious objector to animal agribusiness. Moreover, as far as possible, I strive to avoid any and all products of deliberate exploitation, as Donald Watson and the Vegan Society founders did, and I attempt to do everything I can to respect all other conscious beings and the environment we call home."

"Very seriously. Deeply. It's one of the core aspects of my identity."

"To my investments, philanthropy, and purchases."

"Veganism is the most important issue facing the planet."

"Level 5, all the way baby! Strict Vegan; past the point of no return."

"Very seriously, I am proud to be vegan."

"Being a vegan is the very least I can do to respect other sentient beings. I also advocate veganism every day, every moment I can."

"I don’t take pharmaceuticals (tested on animals), and being a long time vegan, I don’t need pharmaceuticals! I am completely vegan with the exception of driving a car, having a refrigerator and having a computer; items that may contain animal products. Other than that, I make no compromises. My clothing, food, entertainment, toiletries and cleaning products and who I support - are all vegan. I avoid eating in non-vegan restaurants that have vegan options; I don’t want to give my money to animal exploiters. I grow food vegan-organically. My dogs are vegan. When you really understand animal exploitation, it becomes quite easy to maintain being a vegan. Every being should have the basic right to live their life! The human race is unjustly speciesist and elitist."

Email ThisBlogThis!Share to TwitterShare to FacebookShare to Pinterest
Labels: Extent of veganism - 20 responses

I applaud your veganism and your dogs' veganism as well. I want to feed my dogs vegan. I realize lately that it can happen. They love nuts and pasta. The cats are another issue. I got them before I went vegan, so I didn't really think about the implications. I would never get rid of them, they are members of the family. I know there is vegan cat food, but I worry about their health. Next time, I am making it easy on myself and adopting rabbits.