A (humorous) Glimpse into the Vegan Future 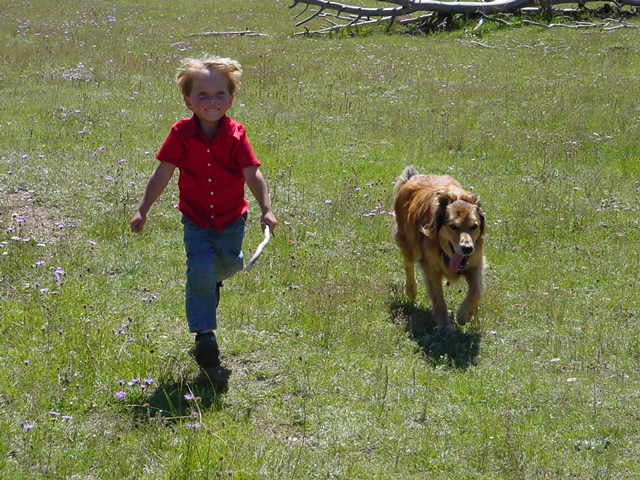 "It often happens that the universal belief of one age, a belief from which no one was free or could be free without an extraordinary effort of genius or courage, becomes to a subsequent age, so palpable an absurdity that the only difficulty is to imagine how such and idea could ever have appeared credible." John Stuart MillEnglish author and philosopher (1806-1873)

It’s the future. We turn on the T.V. to a half-hour, commercial-free news program. A reporter speaks: Today is the 10th anniversary of the last case of the deadly 'sad cow' disease that turned the whole world vegan at once, and amazingly, everyone is feeling better! We take you now to view a sampling of the general public walking the streets. They move with agility. Now we take you to a clip from ten years ago. Dare I say that we appear to be a more enlightened species, even than 10 years ago? It was TRUE what the pioneer vegans told us of veganism being the next step in the evolution of humankind!

Once overloaded hospital rooms are emptying at an accelerated rate. It appears that Americans are all getting healthier, leaner, less toxic and disease-ridden. New medical findings indicate children born in these vegan times don't have the typical runny noses so common in children of the last decades. The children are clear-eyed, bright and intelligent. Size 3X has been done away with at the International Clothing Convention, as gross obesity is a disease of the “not so good old days”. New medical studies show that heart attacks, cancer, diabetes, and other chronic diseases are at an all time low.

'The Community Fruit Tree Project' is underway. People all across the globe are planting fruit trees on residential roads. The funding was ordered by the courts to come from the meat and dairy industries. A law was passed to close down all slaughterhouses and stop the breeding of sentient beings, 10 years ago today. The ruling stated that 10% of the companies' profits was to be allocated to fund the Fruit Tree Planting Project in neighborhoods. Let's go to one such neighborhood now. (Children and dogs are safely playing together in the streets.) Human's best friend seems to be taking to a plant-based diet, as well. Here we see a young boy who learns about 'loyalty' from his canine friend. He is learning to really love animals in a way that was unknown decades ago when people exploited animals and could not comprehend really loving them.

The neighborhood has gathered, dressed in smiles and grins, to plant various fruit trees. One woman is seen handing out Milkweed plants that attract the Monarch butterfly, to increase their population. It's Saturday morning and there is a stand on the street corner where neighbors gather to discuss issues that pertain to the community. They exchange seeds that they have collected from their gardens. They sell their excess fruit and vegetables. All the yards on the street are tidy and flowery. Birds, bees and butterflies are plentiful. Two young girls have set up a watermelon stand and are eating up the profits and giggling. 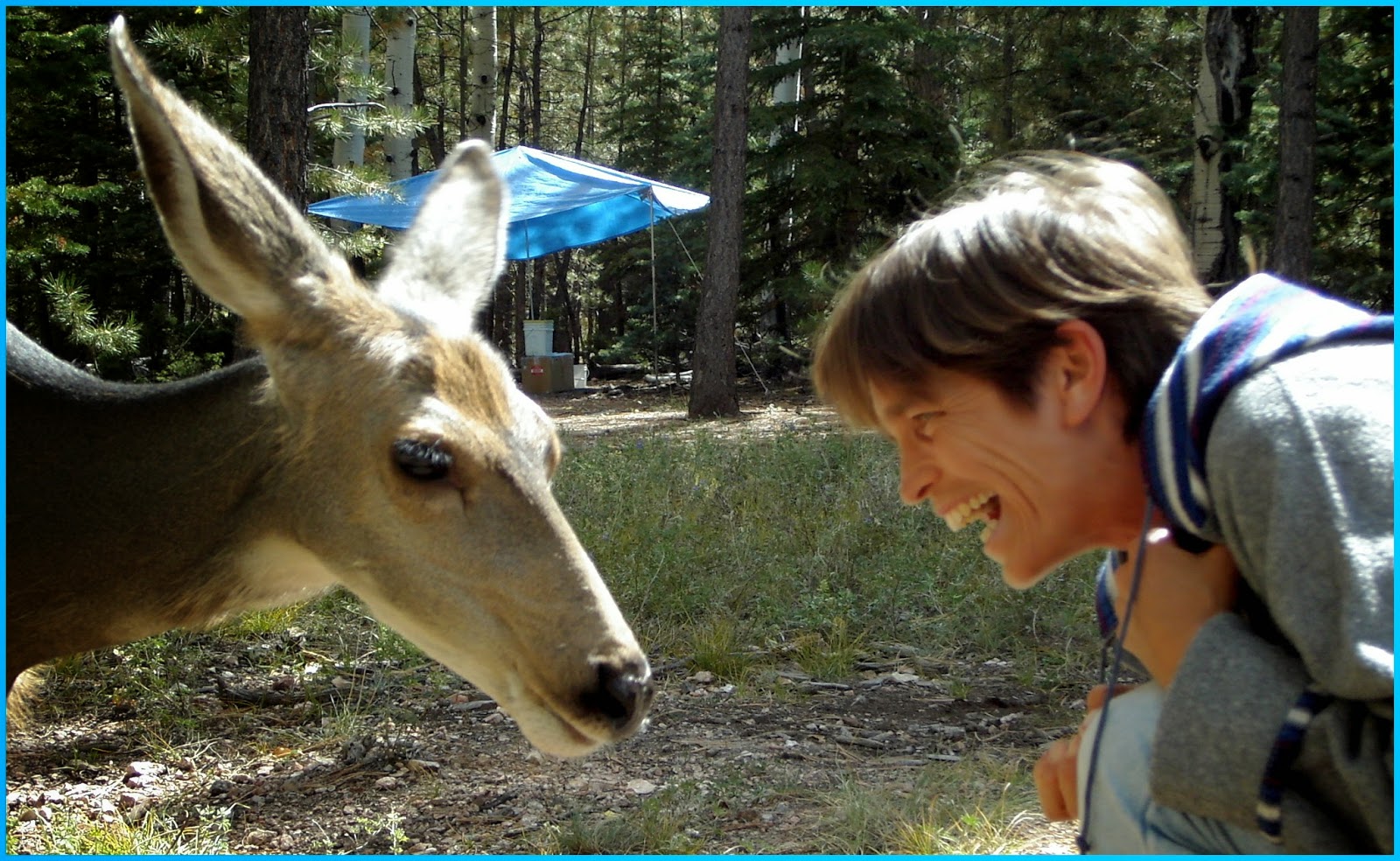 We take you to one woman seen petting a free-living deer in the woods adjacent to her back yard. "This deer and myself no longer feel the fear that as a young woman I lived with day in and day out, and I'm sure my friend here would agree. It's the most miraculous feeling to experience life without constant fearfulness. Who would have ever thought, 10 years ago, that life could become so peaceful for this deer and me? Who would have ever thought I could become friends with a non-domesticated, free-living animal? We certainly didn't know then what we are realizing now!" Thank-you to our roadside reporter, Will Dumore, and now back to Cher Wordsworth.

Good Day. There is not a single war happening anywhere on Earth for the first time in human history. Let's pause and ponder this profundity. When people all became vegan, they stopped wanting 'to kill.' Thus our crime rate has diminished greatly. All the money we used to pour into law enforcement, prisons, and the judiciary system would have been more wisely spent funding vegan education programs, we see now. We could have fed vegan meals to dangerous murderers in prisons to calm their temperaments. How could we have been so blind? Jails are emptying now. People want to live righteously, and so no longer require law enforcement. Parents are breathing easier in these vegan times as violence in our schools has ended. New research shows that children's scholastic achievements have greatly advanced. (Crime is such a thing of the past that it hardly makes the news.)

We take you now to meet a dog named Braveheart, who was found rescuing abandoned puppies and becoming their foster mother. Braveheart is taking the puppies to her people where they nourish them from the plant kingdom and supplement those necessary nutrients unavailable from plant food. A panel of renowned scientists from all over the world have merged and released a statement that the ozone hole is significantly decreased. Climate change is at a halt. The great polar ice caps have slowed down their rapid melting of decades past. This is all due to ending animal agriculture and its contribution to the green house gas effect. New species of gentle animals are emerging on the planet; being discovered daily.

The last slaughterhouse to close was reopened today, in Houston, Texas, as a memorial museum of the Farmed Animal Holocaust. On display are the actual trucks used to haul "livestock" (as they used to say). In actuality though, 'living animals' were hauled off to slaughter, reminiscent of the trains used to bring Jews and Catholics to the gas chambers in the concentration camps of Nazi Germany. One 'livestock hauling truck' stands as an emblem engraved with the words ‘Lest it never happen again’. We go now to New Zealand where scientists have finally invented sterilization baits to replace the archaic and inadequate poison baits once used to eradicate the introduced-by-man and unwanted possum in the New Zealand forests. The new baits are proving successful. New Zealanders feel proud to have stopped using poison baits in their natural, and indeed beautiful environment, and has made peace with the persecuted possum in this way.

Back to the U.S. where Dennis Kucinich, the first appointed ‘Secretary of Peace’ is stepping down from office, heroically, after an accomplished long term in office and helping to usher us into an Age of Peace. It was a milestone in history when the American people saw the important need for a 'Secretary of Peace'. Not that long ago mass murderers were our heroes. Not that long ago we had only a ‘secretary of war’. We go now to Meta Morphosis, our reporter in the field, who takes us via airplane to visit L.A.'s restaurant scene.

The flight attendant asks me, 'Will you be having Tofuna Salad Platter, Meatless Loaf and mashed potatoes with mushroom gravy, or Wheat-meat Lasagna?' Wow! Food was never so good! Here we are on a street in Los Angeles where I see a vegan pizzeria, Mama Mia's Spaghetti House, a Kentucky Baked Tofu Cutlets Take-Out, New McDonald’s Soy Burgers, An International House of Plant-Based Pancakes, A gourmet veganic 5 star eatery and winery, a Thai Cuisine Cafe, a Mendy's New Fashioned Vegan Burger joint, a Potato Palace, several raw food establishments, veganic soup and salad bar chains, a Chinese restaurant, fresh juice bars, bakeries, all vegan of course, that goes without saying! Now over to Barry in our capital.

Thank-you Cher. The clothing and shoe industry's losses are at an all time high, as we vegans tend to want to reuse, recycle, and participate far less in consumerism. Since we're not all clogged up with animal fat, our 'reasoning' has become clearer and it is now obvious to us that we must protect and preserve our precious planet. Recycling collection points have been granted more funding by the courts today. A star-studded celebrity event at the White House last night raised $100 million dollars for the new Clean Air/Clean Water Act. This is Barry Good reporting from Washington D.C., now back to Cher.

Tonight's heart-warming story is: There is NOT a single reported case of a starving child left in Africa, Cher happily announces. We have accomplished our task to put an end to world hunger. There seems to be plenty of surplus grains, legumes and potatoes since we stopped breeding and eating cows, pigs, and everything else that moves. Food is being shipped in from everywhere! There is a team feeling that has never been seen before on Planet Earth, says a spokesperson for the ‘Stop World Hunger Committee; Mr. Change Forthebetta.

Now we take you to a college in Australia where a woman is being awarded a medal of courage for being the first to introduce the vegan ideal to their school; leading the way towards the shift to present times. People are being honored worldwide today as the United Nations proclaimed this 'Heroes of the Vegan Movement Day'. War heroes of the past will no longer be celebrated. All national holidays honoring war heroes are hereby replaced with days commemorating the forerunners who brought us into a radiant Golden Age of Peace.

Now we go to the U.S. Parks and Recreation spokesperson: 'Visitors to our National Parklands and Forests is at an all time high. Since hunting was banned, the rubbish in the national forests is virtually nil, even though far more people are hiking our national forests. This is something we felt worth reporting to you…You; a person just like us. Thank-you and good night from Cher Wordsworth and the team here at BBC (Better Broadcasting Communications.) 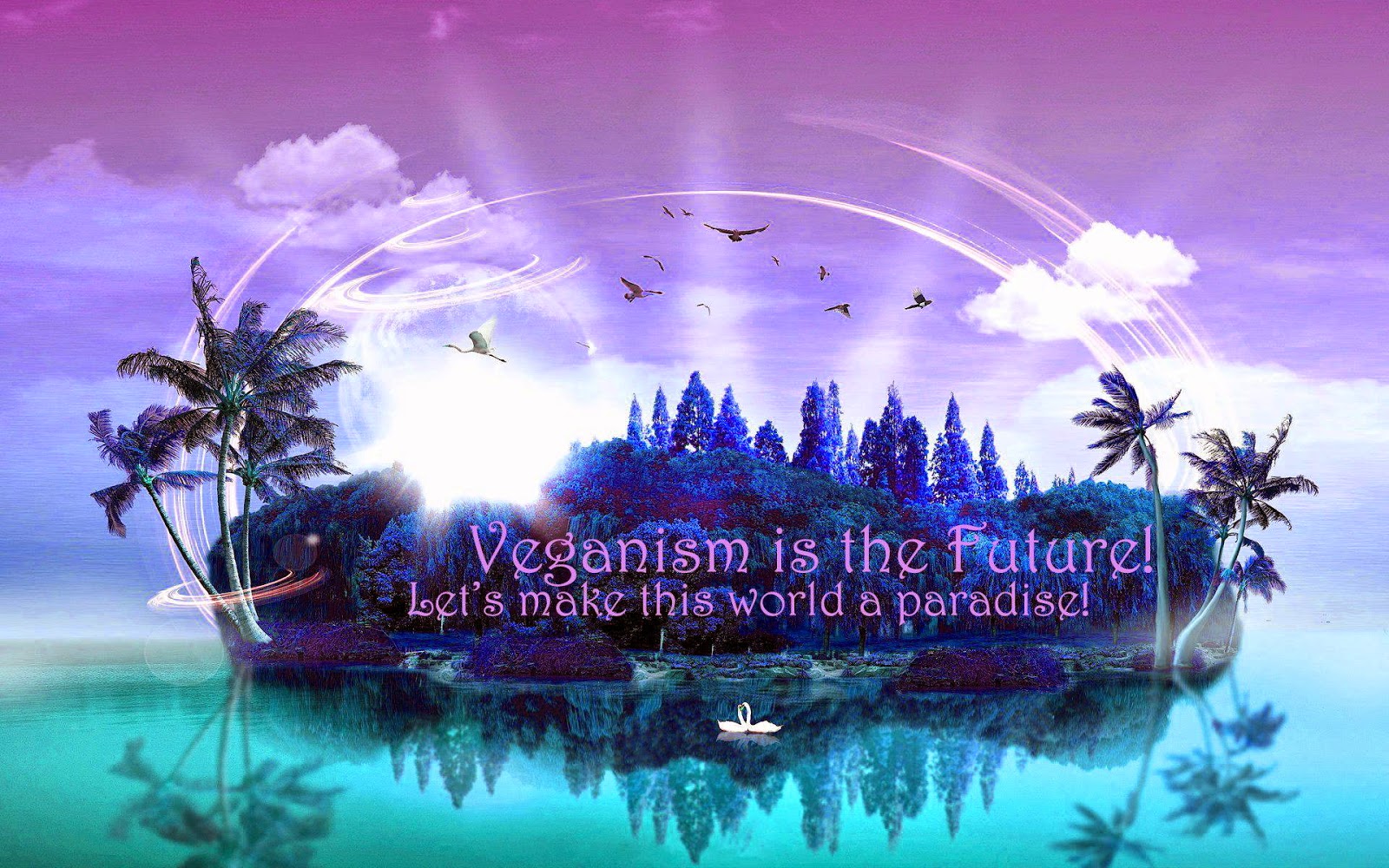 Email ThisBlogThis!Share to TwitterShare to FacebookShare to Pinterest
Labels: A glimpse of our vegan future