by BEING ON THE RIGHT SIDE of a SOCIALLY-ACCEPTED WRONG.


~~~~~~~~~~~
During the German Nazi regime - would you have been one of the honest and brave people like Sophie Scholl or the other members of the White Rose resistance to Hitler; who risked their lives to let others know about the ethnic persecution and the mass murdering that was taking place? So very sadly, Sophie Scholl was beheaded at the age of 28 by the Nazi’s for informing fellow citizens about these crimes against humanity. Other citizens helped in a smaller way; like the store owner pictured below. Would you have been someone who went along with the socially-accepted wrongs of that period? 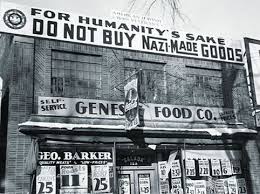 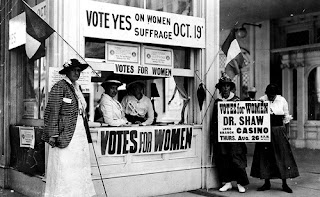 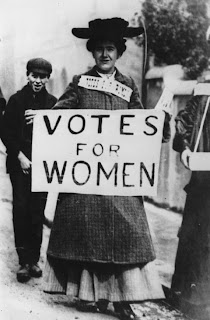 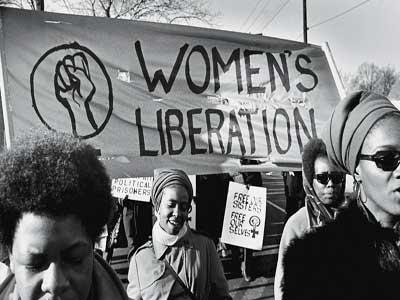 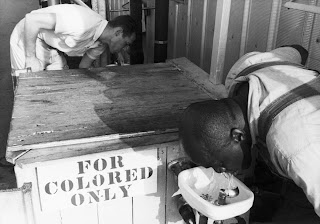 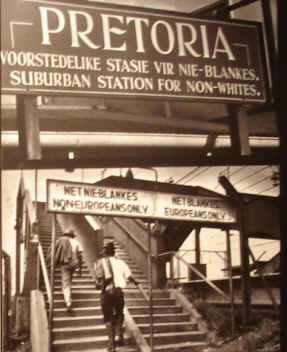 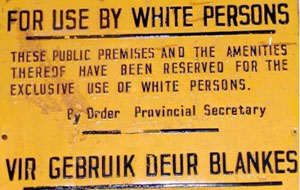 If you lived when "Colored” had their own drinking fountain or were ordered by law to sit in separate areas; segregation based on a darker skin tone - in the ‘land of the free’ that is based on the premise of “Justice for All” - would you have gone along with this widely held and socially-accepted injustice? It’s what most others around you were doing, after all. Or would you have been a bright light in the darkness – helping to usher in equal rights for African-Americans?

If you live now in Yemen or rural Afghanistan, Ethiopia, India or another region where children are forced to marry someone 2-4 times their age and forced into having sex as a child, would you break away from the socially-accepted custom of these rural communities? Would you go along with this practice that 51 million child brides around the world today endure? Or would you let the world know and do something about it? Would you speak up about regions of the world where a young girl can’t get education based on her gender, or where women accused of adultery are stoned to death in public? (See the movie 'The Stoning of Syria M; based on a true story.) Children are slaves in the Ivory Coast of Africa harvesting the cocoa beans for the candy bars of children in richer countries – do you go along with a cultural custom if it is wrong or do you oppose that custom? Do you become a reporter and tell the world and try to get help for those oppressed? Do you buy (and therefore support) slavery of children in the Ivory Coast of Africa by purchasing non-fair-trade chocolate? (Here is a list of companies that don't source from the Ivory Coast, so your dollars won't be contributing to child slavery.) 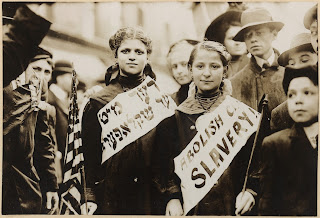 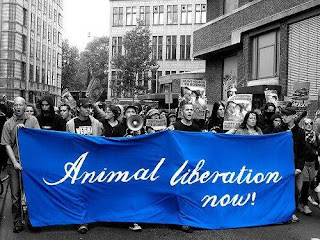 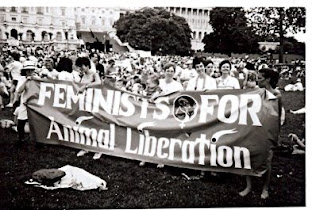 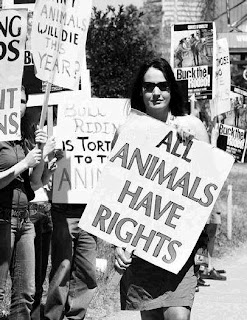 If you lived then, or now, or at any time in history; you would have lived with socially-accepted speciesism. The unjust practice of exploiting and persecuting other species of animals - is rampant and plagues humanity. What side of history will you be on? I implore you to take the high road and be on the side of Truth and what is ethical, not what is socially-accepted at the time. What is socially-accepted is often morally repugnant and needs leaders working for the advancement and not the degradation of the human race. Vegans are these leaders, the forerunners who are making history; by challenging the socially-accepted wrong of animal exploitation.

Oppressing anyone is wrong.

Email ThisBlogThis!Share to TwitterShare to FacebookShare to Pinterest
Labels: Are Vegans Making History?

Terrific post! The time will come when they will live like us! BTW, women still cannot earn the same wage as men in the US - it's something that is fought on a regular basis, but the extreme right always block the opposition!

Here's another framing of the question: http://veganelder.blogspot.com/2010/08/time-travel-and-thought-experiment.html

We all need to come to grip with the fact that we live in a time of great injustices...and make our stand.

Simply amazing. I am awed -thank you. And yes, I am a proud vegan. :) Cheers.

There is an error in the texto of this image:

They are not spanish people, they are from Colombia. That was a protest in Bogota. I was in that manifestation.

Only one point, racism isn't really the most accurate word for the Nazi movement. It was Ethnic cleansing or bigotry but not racist.

We are still living in the time of slavery. There is slavery in our chocolate, diamonds, coltan, sugar, cotton, etc. Look into this. There are more slaves (in the most traditional sense of the word) today than the combined total number of slaves brought from Africa to North, Central and South America during the 1600s, 1700s and 1800s.

Hi Tonya, thank-you for mentioning that; I do know there is more slavery now than in past history. But it is different than the legal slave-trade; now it is hidden, and not legal. But it is interesting to work for laws being changed, that when you think of it, don't really stop the issue. I'm working for nonhuman animals to be recognized legally as the someones that they are; not commodities for human use - but apparently changing the laws is not enough - we have to change the mindsets of all humans that we meet - that oppression and slavery and violence towards anyone sentient - IS WRONG.

Wonderful article. Shared on all social platforms. Thank YOU!

Somehow the oppression of the LGBTQ individuals and communities have been totally left out.. something that still is a severe problem even today... was this an oversight... to be a true Vegan you must be accepting of life, no matter how a person was born, period.

Great article! I'm not sure if the equal wage comment was directed ar the US. If so, please change the article to reflect that we are fighting for that right. Unfortunately, men are still paid more than women for the same job. Women are still not included in the Constitution. I also agree with the comment above...the LGBT community should be represented. This is a movement that has a lot of progress, but a long way to go to receive equality.