Once upon a time, I lived a magical reality. I literally lived for months on end, year after year for two decades, in a spot located in a national forest; at 8,000 ft. elevation. I lived there with vegan humans and with free-living animals. This forest did not have wolves, bears, snakes, and rarely were humans seen. Interestingly, there were few carnivores in this magical reality. I did meet a coyote once and introduced him to our little Magic; our canine friend who ate a vegan diet. We lived with hummingbirds, rabbits, porcupines, voles, wild turkeys, chipmunks, and ground squirrels that ate seeds from our hands. I lived closely with deer that rested contently nearby in my campsite. They were friends and came when I called them over for some lovin’ or organic produce. After many years, we could pet them. We protected them during hunting season; the hardest part of living in the national forest. It brought me to my knees; devastated and broken-hearted. The women would speak to the hunters and try to plead with them. We stayed with the deer until dark and stood in between them and hunters; sabotaging their attempt to kill our friends. One time, a hunter saw how close I was with a young buck, and he decided not to kill him because of that. 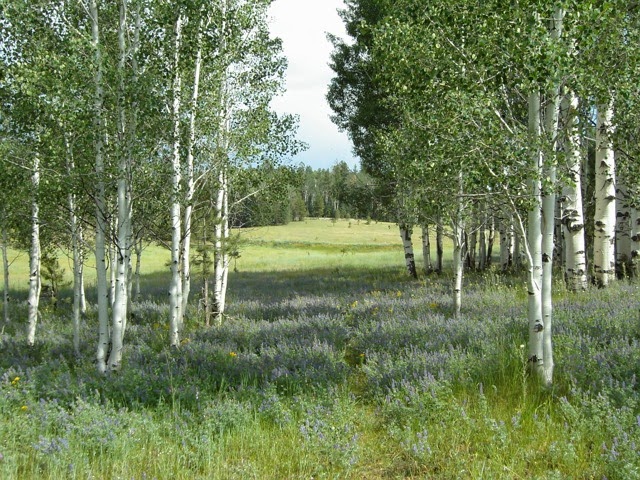 I lived with cows and bulls that roamed the forest. The land was leased out to “cattle” ranchers. The first time I heard a bull’s bellow echoing through the meadows, I about keeled over from fear. But I soon realized however fierce they looked or sounded, that they would not hurt me. They're herbivores. We co-existed on the long alpine and forested meadows. A cow could easily drink a five gallon bucket of water at a time - when we were generous enough to offer (we had to truck the water in from a spring an hour away). We both enjoyed finding a spot to spend some time amongst the white barked Aspens and the sweet smelling bark of the Ponderosa Pine. We both liked living in peace away from humanity, above the world, under the big blue sky. 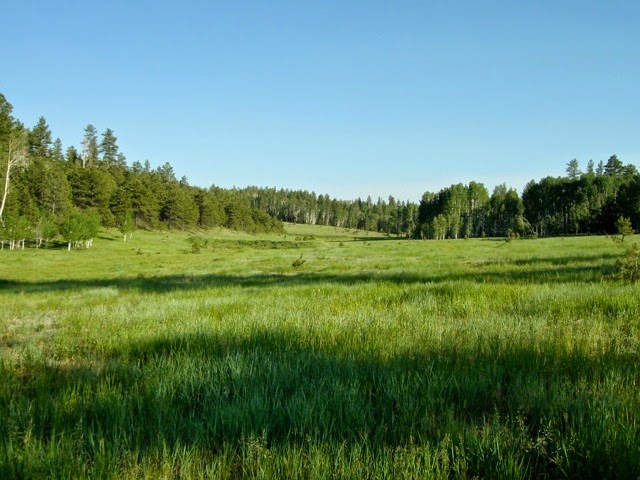 The only scary animal I ever came into contact with for over two decades was the human animals. In the end, I was literally forced out of the forest by a substantial forest fire. I made it out just in time! It was a fire started by humans. According to a female forest ranger present at the time, it could have easily been put out; it was just one tree. But “forest management” decided to let it go (for the benefit of the forest!) They made the wrong choice. A strong wind came and spread the fire through the woods. After visiting when the fire was put out, I saw the white barked Aspens were now black stumps. My forest friends and I were driven out by the the one species most responsible for environmental devastation as well as species extinction. The human animal is the only one that I ever had any problems with while living two decades in a forest filled with many species.

Email ThisBlogThis!Share to TwitterShare to FacebookShare to Pinterest
Labels: Co-Existing with forest animals

What a fantastic experience! And what a common occurrence that ended it - human animals destroying wonders for not only other animals but for themselves too.

In time I hope - we all hope - that the damage we do will be realised. Stopped. And over time reversed. More stories like this need to be told and recounted around campfires, with children in attendance saying, 'I'll look after the world and my animal, bird and tree friends.'

This story hurts my heart. Humans ruin everything! I am so ashamed of our species! So sorry to you and all of the animals!

I certainly know how you feel anonymous, and I have been in a bit of a misanthrope head lately, when I wrote this. Then I have other heads that believe the world is "love-starved" and needs to be shown love. Love and non-violence will lift humanity to a more evolved consciousness, I believe...though it gets difficult to see this when we are surrounded by the insanity and the callousness of the human species.

A most superb story, Butterflies. Heart wrenching, too.

You are such a great writer....and obviously we are on the same page in sooo many areas....I loved this blog.
I hope I get to hang out with you in the forest one day. It is my HOME, too. With love and gratitude, Rae