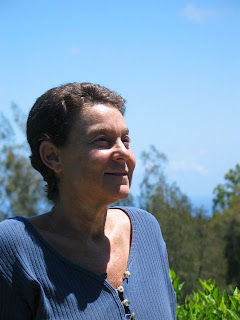 
Please tell us about The Cookbook for People who Love Animals, which your group published and is distributed out of Over the years, I have bought many - yes, hundreds of copies of _Cookbook for People who Love Animals_ - FOR DISTRIBUTION TO local vegetarian group members (as gifts, as premiums, etc.). :-D thumbs up!
M. Butterflies Katz:
In 1881, a store clerk sold me a copy of The Cookbook for People Who Love Animals; a classic, one of the first vegan cookbooks published in the - and that is how I met up with Gentle World, the publishers.
Maynard S. Clark:
'best of class'
M. Butterflies Katz:
It was done on a computer, pre-internet days. And we used to sell it from health food store to health food store on road trips. Before internet, it sold 80,000 copies. It has now sold 100,000 copies. It has recipes for animal friends, too. I felt compelled to meet the Gentle World people after seeing it, because they were the only other people who felt like I did. I was a bit nervous to go to a commune. Especially when the Jones Family mass suicide had just happened, so communes sounded weird to me. But, how bad could they have been if they were all vegan? Some special tid-bits on The Cookbook for People Who Love Animals.
sXe Vegan:
Hi Butterflies: Would you agree that human breeding goes against the core of veganism and is comparable to not neutering domesticated animals? It is undeniable that land is being used (stolen rather, causing extinctions), albeit much less for a vegan diet and secondly, vegan children may well grow up, discard their vegan values and become carnivores unless the laws change to be non-speciesist.
M. Butterflies Katz:
I don't promote breeding of human beings. I've never had children, purposefully. It's not the same though because breeding other animals is forced upon them by humans, which is akin to sexual assault, and in animal farming it is rape. With humans, breeding has not been forced upon them. But they really should see that this is no time to be having children! We have way too many inhabitants using up the diminishing resources and the world is an insane asylum.
I never wanted to bring someone to a place that I was trying to escape but that is my personal feelings, and if someone does choose to bring a child here, I will love and respect him/her and give them all the love and truth I can offer. We have a 2 year old living with us in Gentle World, his name is Soul. He is a wonderful human being...a treasure...a bring-up in my life. And I won't be afraid to tell him some day, that I advocate for people to stop breeding.
Tim Gier:
Do you think the world would be a better place wihout humans?
M. Butterflies Katz:
Not all humans, but many of them.
Tim Gier:
We certainly have had a very destructive effect on the ecosystem, haven't we?
sXe Vegan:
Thank you! I agree with all you said above and the rape comment, I mean to compare our breeding with say cats and dogs who aren't forced.
M. Butterflies Katz:
The planet surely needs far less humans, we're a pest. We think other species are pests and we proceed to exterminate them, we might get our karma. You mean we should spay / neuter humans, like we do nonhumans? sXe
sXe Vegan:
They should spay and neuter themselves, I suppose human rights issues come into play if it is done on children and so on. But then again we fail to have a biocentric perspective.
M. Butterflies Katz:
I'm all for spaying/neutering humans, and educating people to do that to them selves, without it being forced...as that takes away freedom and basic rights. But this is just off the top of my head, and I really need to consider issues for longer than a minute or two.
sXe Vegan:
Yes of course. Thanks!
Carolyn Bailey:
Thank you, Butterflies, both for your insight and your time today. ARZone very much appreciate you being here with us today!
M. Butterflies Katz:
Parting is such sweet sorrow. Time to go. Thank-you for tuning in, hope I was not too boring after all the great philosophical guests on Animal Rights Zone...
Ben Hornby:
Thanks for being here in ARZone today. You were certainly not at all boring.
Mangus O’Shales:
Yes, thanks, it was good to hear from a more down to earth person!!

ARZone exists to promote rational discussion about our relations with other animals and about issues within the animal advocacy movement. Please continue the debate after a chat by starting a forum discussion or by making a point under a transcript.

This was the transcript of what was said without personal comments, welcome and goodbye comments, edited out.

Email ThisBlogThis!Share to TwitterShare to FacebookShare to Pinterest
Labels: 2011 Interview with Butterflies