Top 20 Responses - 'Name something every vegan should have'. 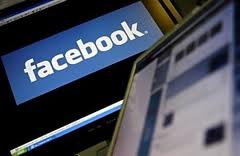 24 – Kat Wain – “For me, the one thing every vegan should have is – FACEBOOK. It has stopped me from going insane on a daily basis. I have made so many amazing like-minded friends through facebook. I have learned lots, I have been able to share vegan related things of my own. I have friends all over the world, who see what I see, feel what I feel, and understand how hard and alienating life as a vegan can be. I have a new compassionate family. Knowing I am not alone give me the strength and the courage to speak out, to try to educate, to make people face up the cruelty done in their name. Without FaceBook, I would still feel like a freak, a minority, a lone voice. But today, I get strength and support from the great number of wonderful vegans that I know.”

23 – Elizabeth DeCoux – “The ability to inspire others to think: ‘I want to be like that.’”

22 – Anita Vegan-Mahdessian – “Courage to speak up wherever and whenever. And have all the right fact-based answers (responses) to non-vegan drivel and rhetoric.

22  – TheEvolvedStopthebarbarism – “Every vegan should have the courage of their conviction to understand that veganism is activism, anti-speciesism and abolitionist and that vegans must, however difficult and awkward, inconvenient and confrontational, challenge those who support and participate in the abuse, slavery, torture and murder of innocent non humans for selfish taste sensations, vanity and convenience. Indeed it is our moral obligation.”

21 – Monica Achioyamen – “More vegans to hang with, and a vegan partner would be great too!”

20 – Deborah V Blundell Broh – “It’s empathy. I have empathy for the animals, this is why I am vegan. But we must try with all our being to have empathy for the people we talk with about veganism. Nearly all of us were in their position first, so as everyone is saying patience and empathy goes a long way.”

19 – Mark Jordan – “Another vegan’s shoulder to cry on, to hug in camaraderie/sadness/joy, to bounce ideas off of, to help hold the protest banner, and to help carry the outreach table and the literature! (Does not have to always be the same vegan’s shoulder!)

19 – Patricia Noon – “A computer, so they can have moral support from like-minded people on FB…because there ain’t much in that department from people in the “physical world”!”

18 – Pablo Fernández-Beri – “A position against slavery and discrimination.”

17 – Grace Lorraine – “A liberated or rescued companion animal. (At least, that works wonders for my advocacy and sense of balance.)”

17 – Shannon Moody Howell – “A well thought out, convincing ’30-second elevator speech’ to help educate when a non-vegan asks you ‘why?’.”

16 – Daniel Thomas Williams – “Unrelenting dedication for propagating the spirit of compassion for all living beings, to the world.”

16 – Isobella Merritts – “The ability to patiently answer any question and the ability to disprove any false idea of non-vegans.”

16 – Stephanie Marie Heckman – “Love, compassion, respect and empathy for all the other living, sentient beings and the planet that we share with them!”

16 – VegAnn Hawks – “At least one recipe that will knock the socks off their carnivore friends!” 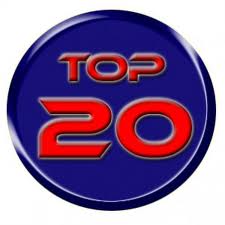 MY TOP 20 (that have not been mentioned above) ..Every vegan should have....

Chris Grant – “A veganic vegetable/fruit garden large enough they do not have to rely on industrial agriculture.”

Guerilla Monk – “An adopted companion animal. There are too many homeless animals out there who need a home. Adopt someone today, and remember to feed them a vegan diet!”

Rolanda Celina – “The patience of a saint!”

ShellyVegan Norton – “A box of Kleenex...I tend to cry a lot. So much animal abuse.”

Davegan Raza – “The clarity of heart and mind to see and feel the beauty in the smallest insect and the largest of mammals.”

Eriyah Flynn – “A comprehensive tool box of vegan helpful information connecting them to the vegan community for support, and effectively moving the message to others. Without these things, it seems those who venture into the vegan world often decide "It wasn't for them" because they couldn't make it work for them nutritionally and weren't equipped with the knowledge to cope with the adversity faced through peer pressure and propaganda.”

Flavia Lotus Blossom – “Courage and willingness; to hold firm in their vegan stand – even if it means estrangement from friends and family, or awkwardness in social situations or the workplace. Tenacity. A great sense of humor.

Ken Hopes – “An understanding of what ‘vegan’ means.”

Sally Thompson – “Non violence; both in actions and in mind.”

Diane Gandee Sorbi  - “Compassion and patience. Also, the ability to control your anger and stick to the facts when someone is making stupid remarks and you just want to smack them :-)”

Eden Collazo-Minchong – “A few good, solid explanations for why (s)he is vegan...make a great first impression with your answer!”

Aquila V Nelson – “Plenty of Vegan literature to hand out!”

John Zelasko – “Every vegan should have the willingness to increase empathy and respect for the existence of nonhuman animals not on the activists moral radar screen, a wok (I'm married to my wok, not to mention my work as a horticulturist), a critical view of speciesist religions, including the airy-fairy "New Age" movement, a critical view of organisations claiming to be "AR" when they are actually not. On that note, read "Speciesism", by Joan Dunayer.”

Natalie Taylor V – “Patience, to continue to answer the question, "where do you get your protein?", the book 'Living Among Meat Eaters, by Carol Adams', the desire to eat lots of raw fruits and veggies and not a lot of processed foods, and a love for everyone regardless of where they are in their walk to veganism”

Anne Sturgeon – “A Vitamix.  I use mine every day to make delicious green smoothies; that keeps me and my family healthy and full of energy, so we can show the world that animals don't have to suffer to keep us strong!”

James Idol – “A jar of tahini. That stuff is incredible, has a cheesy flavor, and has calcium.”

M. Butterflies Katz – “some sunshine every day to make our own (vegan) Vitamin D.”

Email ThisBlogThis!Share to TwitterShare to FacebookShare to Pinterest
Labels: Top 20

Thanks for picking my submission as one of your top favorites! :-) I wanted to put a link to the tool box I've created for my local community in Columbus, Ohio which may be something that others can mirror in their communities :-)
http://www.columbusunderground.com/forums/topic/your-first-day-as-a-vegan