Rising up to a Changed Perception; Becoming Vegan 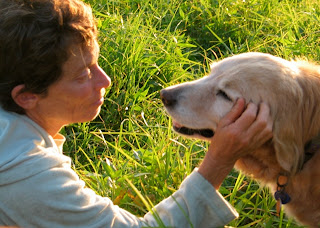 Thirty-two years ago, I was a rationalizing vegetarian, until someone placed a copy of (Ahimsa Magazine) the magazine of the American Vegan Society under my nose and eyes. Being a vegetarian because I didn’t want to eat other animals, I was reluctant to read it because some part of me knew that it was going to mean that I would have to change; as in never again consume Häagen-Dazs ice cream, Kraft macaroni and cheese, and Stouffers Noodles Romanoff; which I lived on. (Oh, how we humans don’t like to change, even though our very survival depends upon it!)
I was so deeply inspired by the writing of H. Jay Dinshah; founder of The American Vegan Society, after reading of the horrific cruelty inherent in the dairy industry. I became a vegan right then and there. I did the usual things a beginner vegan would do; like rid my closet of leather, source plant-based and cruelty-free products and make-up; (I’ve been liberated from make-up wearing for decades now) which were much more difficult to find back then. However, I still worked in an establishment serving fish to others. I didn’t fully embrace veganism until I was further enlightened.
Once again, I was deeply moved by the written word. A health food store clerk sold me a copy of The Cookbook for People Who Love Animals, published in 1981 by Gentle World. He told me about this group of vegans who authored it, living in central Florida. I was in South Florida. The clerk had recently visited there. This was during the time of the Jonestown community’s mass suicide, so I was a bit apprehensive of communes; although I felt that people gentle enough to be vegan would have to be far from the mentality of Jim Jones. I read their cookbook, which included many inspiring quotes beyond the recipes, over and over – like a Bible, but when I read it to others, they weren’t interested. Because I stood alone in my convictions, finding other people who shared these important values was a strong enough pull to get me to overcome my fears and head up to meet these other vegans. Well…I stayed. And that’s to prove how important the written word can be. Speaking the Truth and sharing it with those who happen to read it - is a powerful tool for vegan advocacy.

I can’t stop people from murdering and exploiting my friends, or I would, ironically, be thrown in jail. But I can use my freedom of speech to publicly announce the Truth as I perceive it from the highest part of me. Although there was another part of me that was addicted to dairy and cheese and didn’t want to give it up, because “I liked it” as you so often hear people say “I like my meat.”, the more elevated part of me knew that I did not want to be complicit in the horrific cruelty humans inflict on feeling animals. For me, The ‘Golden Rule’ seemed like a reasonable tenet to follow. I knew then and still know now, unquestionably, that dragging newborn infants by the hind legs away from his/her mother so we can steal the calf’s milk, was something that I did not want even a miniscule part of.

All human beings feel the same way, at least in their more soulful selves.  No one would want to inflict needless suffering on those who can suffer. The key is getting each individual to do some soul-searching and reach for their higher nature. When we all start doing this together – we will achieve Peace on Earth and a Vegan World, because in our souls we agree that making others suffer or using them as a means to our ends, is wrong.

Animal products are not actually a physical requirement as attested by many long-time vegans. Forty-one years ago, I became a vegetarian because I loved animals – the ones that I knew anyway (cats). People said I would die not eating meat. I didn’t know for sure, but I thought they were wrong. How could being respectful of other animals, who I could look in their eyes and communicate with, be wrong?

Since then, I’ve loved and looked into the eyes of a pig named Promise, a goat named Capricorn, numerous bunnies such as Poof,  the magic rabbit (who just appeared in our yard one day), an assortment of dogs (fed a vegan diet) and many others. One of the many rewards of my adopting the vegan lifestyle was divine interspecies connections that are right up there with some of the best experiences in my life, such as with horses (that I didn’t ride), and our Shetland Pony friend called Clover, and Glory-Glory, the rooster (who joined me on my sunning mat and spread his wings, lying there in the sun with me), the wild duck and her 18 ducklings who let me pet them and feed them from my hand, countless deer that I lived closely with in a forest I visited annually, forest chipmunks that I have pet, doves to whom the door to freedom was offered daily, but who, instead, flew in the sky and then chose to return and live with us. I’ve looked into their eyes; the windows to their souls. They are persons in a different costume; a nice furry one – perfect for petting. They are friends. We want to pet them, not harm them.

They are actually some of my best friends, and because of that I find it difficult and sometimes impossible to tolerate the violence my species is unjustly inflicting on these other species, as well as their own. I am literally getting sick of tyranny and oppression being a commonplace custom. I want nothing more than for the human race to rise up and become vegan. We can do it, if we choose to rise above the heads that are imprisoned by our wants and likes, when those ‘likes and wants’ are violating basic rights of sentient beings and are uncivilized behavior. Their desire and right to live in safety and freedom, takes precedence over the human want to needlessly use them for our pleasure, comfort, convenience, or amusement. All breathing beings have the fundamental right to live their portion of time under the sun, without being used, enslaved, harmed, and murdered by humans. Let us rise up and live what our heart of hearts knows is true, no matter who is looking, no matter what anyone else says.

Email ThisBlogThis!Share to TwitterShare to FacebookShare to Pinterest
Labels: Rising up to becoming Vegan

Thanks for sharing your own experience learning about the consequences of animal use!
After all, isn't that the key? A tasty treat for us means someone else's life, a sentient being's interests and perception ended, just for pleasure. And what about our silly fear of "not getting enough"? That fear promoted from kindergarten to TV, from our M.D. to the government, that fear of not being able to survive without using nonhuman animals as a means to our ends.
Kind regards!

Beautiful! Thank you for sharing, you are an inspiration....

I am hoping you can respond to a question: I want to switch my dogs to a vegan diet, what do you recommend or have had success with? If you can't answer here feel free to email me at SFreilinger@comcast.net or text or voicemail me at 303-667-3085