The Lies We Teach Our Children! 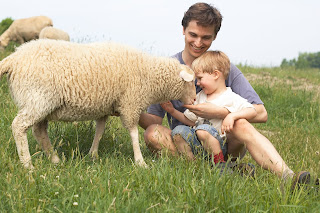 They say you can’t teach an old dog new tricks, but this is not so. I taught a 17 year old Collie to eat from chopsticks! However, it does seem harder to convince the older generation to change their ways; therefore I’m proposing that we focus on the youth! Vegan education does seem to go over much easier with a child who has not been “adulterated”. Children naturally know, with proper instruction, that other animals are friends and not a commodity. An excellent way to spread veganism throughout the world is to “indoctrinate the youth, by telling them the truth!”

Children are filled with lies, so much so, that they are taught to kill gentle, magnificent nonhuman animals. I’ve witnessed an 8 years old child hunting accompanied by adults. From ages 12-16 a youth can get a junior hunting license (in some states). Teaching a child to hunt is the worst form of horrific upbringing. Perhaps people should question having children, as they don’t seem to be fit for the job, and they are overpopulating the planet like pests. Since the Earth is dangerously inhabited by over 6.5 billion humans and since many are doing an inexcusable job of choosing what to put into an innocent child’s psyche, yes maybe, people should give more serious thought as to whether they should bring ANOTHER human to our ailing planet. If you decide it truly is your calling to parent a child – bring this child up vegan.

The expanded compassion of the vegan ethic is the most important thing I would want to teach any child. If I were a parent, I would not likely send my child off to a public school. Public school is an environment that teaches children the history of humanity from war to war, and makes heroes of mass murderers. Schools then reinforces what they teach with lunches made from murdered sentient beings, even though the American and Canadian Dietetic Associations say that a pure plant-based (vegan) diet is appropriate for all stages of life. From early on, we train our children that violence is acceptable, even honored. We fill their sweet, beautifully innocent minds with lies about how we should treat other species with which we share the Earth. We serve them lunches derived of enslaved, tortured, and brutally murdered animals and products of their exploited reproductive system.

We were taught in school about Count Leo Tolstoy, Russian novelist & philosopher,(1829-1910), but we were taught half truths. What they omitted was that Tolstoy said: "If a man earnestly seeks a righteous life, his first act of abstinence is from animal food." In school, we were taught about Albert Einstein, physicist and 1921 Nobel Prize recipient. However, we were NOT taught that he said: "Nothing will benefit human health and increase chances for survival of life on Earth as much as the evolution to a vegetarian diet." -or this-: "It is my view that a vegetarian manner of living, by its purely physical effect on the human temperament, would most beneficially influence the lot of mankind." We were taught about Mahatma Gandhi, Hindu pacifist and spiritual leader, (1869-1948), but we were NOT taught the whole truth that he said: "It is very significant that some of the most thoughtful and cultured men are partisans of a pure vegetable diet." -or this: "I do not regard flesh-food as necessary for us at any stage and under any clime in which it is possible for human beings ordinarily to live, I hold flesh-food to be unsuited to our species." We learned about Leonardo Da Vinci, Italian sculptor, artist, inventor, (1425-1519), but somehow our public school teachers did not teach us that he said: "The time will come when men such as I will look upon the murder of animals as they now look upon the murder of men."

Any mother should not accept and support what is being done to nonhuman sisters. How can a woman go through the birthing process and not have empathy for a cow who is tormented in the farmed animal industry? They are some of the most abused females on the planet. A mother knows the bond of ‘mother and child’, and should therefore feel for an enslaved animal that has their newborn stolen from them. Separation is a distressing process for mother and calf. The removal of the calf is so upsetting for a cow that she will submit herself to considerable personal discomfort or risk, to nourish and protect her calf. Examples of this are cows that have escaped and traveled several miles to find their own calf after it has been sold on to another farm.

Not only are we feeding our children cruelty and lies, we are simply feeding them putrefied, disease-ridden, bad bacteria-laden rubbish: According to The Physicians Committee for Responsible Medicine: “One long standing barrier to schools serving more healthful meals is the USDA’s commodity foods program, which distributes large quantities of unhealthful “entitlement foods.” Every year, the USDA purchases hundreds of millions of dollars worth of pork, beef, and other high-fat, high-cholesterol animal products, primarily as an economic benefit to American agribusiness.” The U.S. Department of Agriculture should provide wholesome food for our children. It should use the school lunch program to improve health, rather than to subsidize the meat and dairy agribusiness. Under the mandate from the U.S.D.A.'s National School Lunch Program, school cafeterias routinely serve highly processed meals laden with saturated fat, cholesterol, hormones, and salt; such as chicken nuggets, pizza, cheeseburgers, and hot dogs. This diet promotes obesity, diabetes, hypertension, other chronic conditions, and food poisoning. We feed our children a diet and an education that holds them back, keeps them down, and retards the progress of humanity.

Vegan children are healthy, happy, and highly aware little persons. The baby boy pictured below is my youngest friend... Soul; vegan since conception. His nose doesn’t drip like other children his age. He is a perfect size. Animals are his friends, and he loves consuming vegan food and mama’s breast milk! The children are the hope of the future; let’s direct our non-violent vegan education on them! 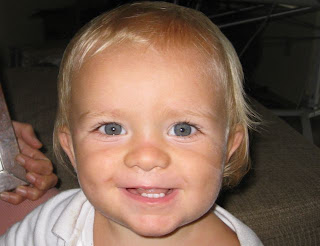 Email ThisBlogThis!Share to TwitterShare to FacebookShare to Pinterest
Labels: The lies we teach our children

They never taught us that the greatest minds that ever lived were vegans.

I was so delighted to see beautiful Soul at the bottom of the page. I have met him at Gentle World. He is healthy and beautiful.

As for your post, I like your approach in the 4th to last paragraph: the one that brings forth quotes from deep and famous minds. Can you imagine ... if you contributed in a meaningful way to the world of physics or biology ... or whatever, but people left out the fact that you were vegan, and how important that was to you?

I don't know about you, but I would not only be rolling in my grave, but crying (if I could of course :P).