For the Times; They are a Changing 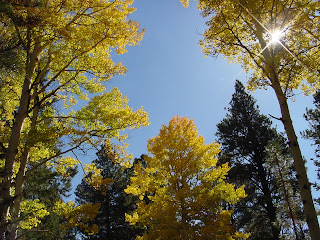 “Come mothers and fathers throughout the land
And don't criticize what you can't understand
Your sons & your daughters are beyond your command, Your old road is rapidly agin'
Please get out of the new one,
if you can't lend your hand
For the times they are a-changin'…"
~ Bob Dylan

Gather ye vegans; come hear what I say; oh, the times; they are a changing! When I was a young woman just becoming vegan over 30 years ago, vegan alternative products were scarce. I can remember when The Cookbook for People Who Love Animals by Gentle World, published in 1981, was the ONLY vegan cookbook on the shelves of South Florida health food stores. NOW, there are hundreds of vegan cookbooks worldwide. I remember becoming vegetarian at age 12, in Cleveland, Ohio, and my mother’s friends were saying: "Where will she get her protein? She will die!" And NOW, Neal Barnard, M.D (president of the Physicians Committee for Responsible Medicine), Michael Greger, M.D., John McDougall M.D., T. Colin Campbell PhD. (The China Study), Michael Klaper, M.D., Dr. Milton R. Mills, M.D., Caldwell Esselstyn, M.D., Joel Fuhrman, M.D, Ruth Heidrich, PhD, William Harris, M.D., Kerrie Saunders PhD, Will Tuttle, PhD and others will verify that a plant-based diet is most suited to our species and that too much protein (from animal consumption) can possibly lead to osteoporosis, heart failure, cancer, and other diseases. NOW, 41 years later, I receive impressive results upon physical examination, while those old friends and relatives are all grossly overweight and a physical mess.

I remember when my dad used to try to sneak meat into my food. I suppose that he had a fear of nutritional deficiency. And NOW, my parents keep a vegan kitchen at home. I remember when my brother teased me and told me what meat actually was (so he could get my dinner). My brother did get my dinner! I became a vegetarian instantly from that exchange. And NOW, my brother is a long-time vegan activist and author of several vegan recipe books.

I remember when I stopped buying leather products and all I could wear was sandals or tennis shoes. I got married in sandals. NOW, all-man-made material shoes are readily accessible at on-line vegan shoe stores or some retail stores.

I remember when I couldn't explain my 'new found veganism' without being verbally attacked or ridiculed. NOW, no matter in which hemisphere I find myself, that never happens anymore. Sometimes I think that peoples' reactions might be a reflection of our own assurance, or lack of it, on being a vegan.

There was a time when I didn't even know another vegan!!! NOW, as fast as one can type 'vegan' and push a button, one can find him/herself speaking with a vegan anywhere in the world. NOW, there are forums just for vegan abolitionists worldwide! NOW - vegan activists the world over chat daily using Facebook, Twitter and Animal-Rights forums.

I remember when vegan food was bland and not alluring. I remember when neither I nor anyone else, could, or knew how to, prepare delicious vegan food. NOW, there are award-winning vegan chefs and restaurants. I remember when the word 'vegan' wasn't even in the dictionary, and the word was so unfamiliar that I called myself a 'vey-gan'. NOW, the word pronounced: 'Vee-gn' is so familiar, there is a vegan alternative for just about everything non-vegan, produced by hundreds of new vegan companies.

When I was growing up in Ohio, I never heard of a health food store. NOW, there are establishments that supply meat analogs and plant-based replacements for cheese, milk, ice cream and eggs, and they are thriving. Even grocery stores worldwide carry a range of dairy milk alternatives, as well as tempeh, tofu and soy/wheat meats. Portland, Oregon has a vegan mini mall! There was a time I didn’t know what tofu was and NOW it is in every grocery store. I remember when vegan ice cream and cheese were beyond my wildest dreams. I stopped eating ice cream and dairy at a time when there were NO alternatives! NOW, we have been rewarded with Organic So Delicious and Purely Decadent, Tofurky meat analogs, Vegenaise, Fair-Trade-Organic-Vegan chocolates that make it easy for mainstream type eaters to convert to the vegan diet.

I remember when it was difficult to buy vegan toiletries and cosmetics in a natural food store. Labels used to read 'not tested on animals' but still contained animal-derived ingredients. Or they read 'cruelty-free' while containing lanolin or bee products. The times; they are a changing, because NOW we have the 'Vegan Seal of Approval' stamped on toiletries or the word 'vegan' on product labels. The organization, Vegan Action, certifies vegan companies. NOW, growers can be certified veganic!

There was a time when dogs were carnivore; end of story. NOW, we know that dogs have evolved to being able to thrive on a pant-based diet. Dogs are evolving along with their human companions. I remember when zoos were nothing more than animal prisons. With human evolution, some modern zoos have evolved to allow humans to view protected animals in their outdoor, natural-like habitat. This, of course, is far from ideal, but greatly improved. Empty cages will come next!

I remember the birth of the animal rights movement. I used to collect and save newspaper clippings. I remember when animal rights organizations were run by people who ate animals themselves. None of them were vegan! And NOW, this is no longer true. NOW, vegan organizations gather together in conference. NOW, Vegan Festivals are attracting 6,000 attendants! NOW, abolitionist vegans from all over the world will be meeting in France. I remember when The American Vegan Society and Gentle World were the only U.S. vegan organizations I'd ever heard of. NOW, there are countless vegan organizations popping up on a web search. NOW, if I want to send my mom a gift of vegan chocolates or baked goods, I can go on-line and do so. In recent years, many vegan on-line web stores have emerged. There must be an increasing number of people wanting to purchase 'cruelty-free' and thus the web sites are born to supply the demand.

I remember asking a physician about a friend's arthritis. He recommended glucosamine. I commented that it wouldn’t be possible since it was not vegan. He replied with you're really limiting the options.' NOW, there are, at least, 3 U.S. companies producing vegan glucosamine. Now there are vegan companies that offer supplements made specifically for vegans, like Deva or NuTru, for example.

I remember being vegan when NO ONE else around me was, or had even heard of it!! This was prior to computer technology. I was absolutely SURE of the 'rightness' of it, and yet, NO ONE ELSE agreed! I was rewarded for my absolute 'sureness' with a life of living with and knowing many beautiful vegans throughout the years. I was rewarded for having that certainty when surrounded by opposing viewpoints.

I remember reading AHIMSA magazine (the original magazine put out by H. Jay and Freya Dinshah of the American Vegan Society) and first being exposed to the truth of dairy. I remember saying 'NO, let it not be true that I have to stop eating dairy. Too hard! How can I possibly stop eating my rennetless cheese and ice cream?' NOW, 31 years later, the thought of eating the secretions and bodily fluids of a cow is a repulsive thought; the other end of the spectrum from 'no, not my cheese too' way of once thinking.

Human consciousness is evolving. We can reprogram our thoughts. We can alter our habits. We can change our viewing, for a higher one. I remember NOT KNOWING what it will be like to be vegan and will my health fare?  NOW, I KNOW, that the vegan diet and lifestyle was an immeasurable help to my physical and spiritual health. I remember when I was young, pondering why people didn't see the truth of veganism. 'What was wrong with them; were they blind?' I wondered. Why couldn't they comprehend, see, feel something so obvious to me? And NOW, many more people DO agree with me! And yes, the times; they are a changing, but those same questions still live inside my mind; unchanged after all these years 'why can't people see the TRUTH of veganism? It seems so easy to see.

Even though many countries are at war, crime and violence is rampant, humans enslave and abuse children, wasteful consumerism is on the rise, clear cutting of old growth forests is practiced and it looks like the world is a real 'nut house'; don't give up! Human consciousness is obviously evolving as seen from the growth of the 'vegan movement'. We vegans are the forerunners of a 'super humane' race. NOW, vegan information is readily available on-line. So yes, the times; they are a changing! And we're all a part of it. As vegans, we are voting with our dollars, for which way it will all go. There is a dichotomy in existence on the planet; both are expanding simultaneously. Wars, overpopulation of Earth, and pollution of our natural resources are all escalating. At the very same time, veganism and a RESPECT FOR BEINGS BEYOND OURSELVES, is also growing.

I remember when I was a young girl, saving a mouse from my cat's mouth, and NOW I have a much expanded calling from those I work to save. I want to save the deer, the rabbits, the dogs, the horses, the donkeys, the elephants, the pandas, goats, pigs, cows, turkeys, frogs, bees, giraffes, primates, butterflies, (and the humans). I LOVE nonhuman animals as much as superhumanly possible in order to combat animal exploitation; in order to STOP the hunter from shooting the magnificent deer, or the vivisector from coldly and cruelly torturing sweet innocent love objects, or a woman wearing a coat made from the stolen coats of a multitude of animals who had to suffer in agony for it, or the billions of farmed animals living a life of hell because of humans; whose capacity to feel is all clogged up with animal fat. The karma is clear. As vegans, let's lead toward the Light of Love, Truth, Justice, Gentleness, Integrity, Honesty and Soulfulness. Don't lose heart. Don't give up, for the times; they are a changing!
Posted by M. (known as) "Butterflies" Katz at 10/14/2009

Email ThisBlogThis!Share to TwitterShare to FacebookShare to Pinterest
Labels: For the times; they are a changin'