Fact: There's No Health Guarantees with being Vegan 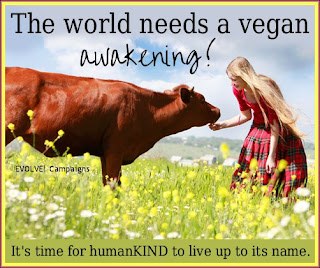 I have seen so many “vegan advocates” misinform the public as to what vegans are and why to become vegan. I recently read a well-known vegan advocate trying to get a family member to become vegan based on “not getting osteoporosis”. You might be able to advocate for this family member to give up animal protein and dairy in an attempt to avoid osteoporosis, but veganism extends beyond diet, for starters.

Secondly, it might be true that drinking cow's milk leaches calcium from the bones and leads to osteoporosis, (however there is not a lot of published medical studies proving this to be true), oddly enough. In "western civilization", dairy products are promoted to actually prevent osteoporosis. However, if this were true, it would be reasonable to assume then that osteoporosis would be rare in the U.S. and other countries that eat a lot of animal products. Yet, it is more rampant in these nations than in less developed countries who don't consume much cow's milk. Dr.  Michael Klaper, M.D. (a vegan) and T. Colin Campbell (The China Study) and others - have indeed reported that cow's milk and animal protein leaches calcium from bones:

However, other factors can contribute to osteoporosis other than consuming animal products, like menopause and hormone changes. So a vegan or someone that does not consume cow's milk CAN still get osteoporosis. Early menopause is another reason someone (even a vegan) could get osteoporosis:

http://my.clevelandclinic.org/disorders/menopause/hic_menopause_and_osteoporosis.aspx
I am vegan, and I went through early menopause, which puts me at risk of osteoporosis. An adequate calcium intake is essential for bone health, whether one is eats a vegan diet or an omnivorous diet.

I want vegans to know that being vegan is certainly not enough to ensure not getting osteoporosis or osteoarthritis, hearing loss, stroke, cancer, or other diseases. Becoming vegan is a stance of non-participation in animal exploitation. Beyond that, vegans still need to ensure they are getting all their nutrients, and sometimes that means getting tested and supplementing, and/or changing ones diet to consist only of whole foods: raw seeds, nuts, abundant raw fruit and vegetables, green drinks, as well as whole grains and legumes, tempeh – in other words super nutrition; not processed foods, as well as adequate physical exercise, living in a clean environment (which is getting progressively harder to accomplish), and a “desire to live and be healthy”, mindset or 'happiness' levels.

I have known several vegans who died of cancer. I've known vegans who died in their 60's and early 70's, and one at age 40 from an apparent congenital heart disease. One friend who had cancer, said that he would rather die than give up his “tofutti-cuties and eat a raw foods diet”. He did die, (possibly from the chemotherapy).

Jay Dinshah, president and founder of the American Vegan Society, died of a heart-attack at age 66, proving that vegan diet alone is not enough to ensure cardiovascular health as the years move on. Vegans need to ensure they are getting their omega 3 essential fatty acids, as well as B12, according to some sources. In the wake of Jay Dinshah's death, Dr. Klaper said this:


“Elevated blood levels of homocysteine, a byproduct of the metabolism of the essential amino acid methionine, can contribute to damage of the artery walls, which is viewed as an early step in the build-up of atherosclerotic plaque in the arteries. Cobalamin (vitamin B12) is essential for the metabolism and elimination of homocysteine, and if vitamin B12 in the blood is not adequate, homocysteine may rise to artery-damaging levels. Because modern-day vegans and vegetarians do not consume vitamin B12 from our environment as did our ancestors (on the surface of root vegetables, drinking water from free-flowing streams and wells, etc.), people nourishing themselves on exclusively plant-based foods would be wise to consume vitamin B12-enriched foods, or some food or supplement containing at least 5 to 10 micrograms (mcg.) of vitamin B12 one to two times weekly.” Source: http://www.earthsave.org/lifestyle/dinshah.htm

I have a personal friend who is most definitely vegan, and very unhealthy. She has had life-long health issues. I don't say this to make vegans look like unhealthy specimens because generally they are healthier than animal-product eating humans, but someone CAN be vegan and yet be unhealthy. Her plant-powered eating may have kept her going, where she might otherwise have died if eating the standard diet most people eat. Same with my vegan friend who died at age 40 of a heart attack... perhaps eating vegan kept him alive longer than he would have lived? We don't know. The statistics show that vegans have a better chance of not getting heart disease and stroke, etc. - however Shirley Wilkes Johnson, a vegan advocate, died of a stroke at age 74

There are other factors beside just eating a vegan diet that contribute to health and longevity - such as weight, environmental toxins and pollution, ones own thought processes and desire to live, genetics, not getting necessary nutrients, as well as the unknown msyteries of life.

There are no health guarantees. I DO believe we have a better chance of health eating from the plant kingdom and that animal flesh and secretions is not suited to our species. I believe that we can become knowledgeable and learn what we need to do to maintain super health while living a vegan life, and that is what I endeavor to do. The Vegan Society gives us hope with these words:


“We can take inspiration from many of the early vegan pioneers - Arthur Ling (founder of Plamil Foods), Eva Batt (author of the first vegan cookbook), Kathleen Jannaway (founder of Movement for Compassionate Living) and Donald Watson (founder of the Vegan Society) to name but a few, who lived fit and healthy lives well into their 80s - Donald Watson continued to walk and climb mountains in his 90s! These early members of the Vegan Society following its formation in 1944 had no experience to draw upon.” Source: http://www.vegansociety.com/lifestyle/nutrition/over-60s.aspx

I chose to live vegan the last 33 years based on ethical reasons towards other sentient beings. When I became vegan, people said "you are going to die"...so my becoming vegan was never based on health - I didn't know if eating a plant diet 'was' or 'was not' healthier. I didn't die, but got much healthier from eating and living vegan, luckily. And those people who said "you're going to die", sure are a lot less healthy than me (basically, I'm in very good health.) I believe in veganism. But I don't believe in the way some educators misinform others that veganism is a panacea and cure-all for human health. It's an ethical position, and then beyond that - one can choose to be health conscientious. Unlike the aforementioned vegan pioneers, we have the benefit of reading studies about vegan health, and I implore vegans to educate themselves about nutritional needs, extensively.

Generally, vegans live healthier than the general public, but not always. And they do get osteoporosis and osteoarthritis, cancer, stroke, you name it. I wish it were not true. I wish vegans were protected and exempt from disease, as I use to naively think in my early years of being vegan. I now know that eating a plant-powered diet - does not necessarily protect us from all dreaded diseases. As we age, whether vegan or not vegan, “shit happens” in our physical bodies, and we need extra care. As it happens, many vegan foods have nourishing, healing, and medicinal qualities. Here is a post that will guide your food choices.

Email ThisBlogThis!Share to TwitterShare to FacebookShare to Pinterest
Labels: No Health Guarantees being vegan

Congratulations on, what I see, as a very well written and passionate article. It is so true, we still all need to create the best lives for ourselves and make the best choices, whatever our diets. Being vegan is not a passport to sitting back and not trying. Variety, attitude, renewal, connectivity, and so on. I have found the way to health is a constant dialogue with self and being present. Acting on what is rather than what was. It is hard work but has reaped the largest rewards for me (and being vegan) the animals and our planet. Thank you for writing this.

You can always be relied upon to tell the truth, and this is why you are such a great vegan advocate. Thank you for this well-balanced piece!

As I thought would happen, some advocates had a real problem with this post. I agree that most people will be healthier once they eliminate animal products from their diet. But I'm way beyond that point. And my audience is generally vegans. And I want people to know that being vegan is not enough to ensure good health. There are other factors and we vegans need to ensure that we are getting all our nutrients and eating balanced. I was not. I didn't worry about my long-chain fatty acids or omega3's...I never ate flax seeds or oil or chia seeds or other foods ala rich, which slowly converts to long-chain fatty acids. I now am needing to eat more calcium and iron rich foods...and I don't eat junk food. Just because we're vegan does not mean that we don't have to get checked and ensure we're getting what we need. I'm just trying to help the vegan community stay super healthy, but some vegans don't like when you tell The Vegan Truth! I'm glad you appreciated my honesty Katia.