WHAT IS VEGANISM? THE TRUTH ABOUT VEGANISM! by Lynn Reed 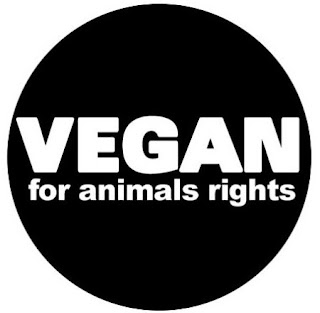 I'm amazed to see how many people think that veganism is just a diet, and don't understand the philosophy behind it. Amazingly, now we have ''vegans'' who hunt or fish, ''vegans'' who eat or use honey, ''vegans'' who eat eggs and cheese/casein, ''vegans'' who eat fish and chicken every once in a while, and even ''dietary vegans''... This is very unfortunate, because all this mislabeling and misusing of the words ''vegan'' and ''veganism'' are what cause the most harm to the vegan movement.

First off, choosing a plant based diet for health reasons, as well as any other reasons, is called vegetarianism. Secondly, eating any animal products is not acceptable to dietary vegetarians, let alone vegans.

Veganism, by definition, involves ethical reasons and it has many strict rules. There is no such thing as ''going vegan for health reasons'' or ''dietary vegan'' or ''vegan who eats and/or uses animal products''. Veganism is a lifestyle practice that excludes all forms of exploitation of, and cruelty to, any species that's part of Kingdom Animalia - that includes non-human land animals, human animals, non-human sea animals, birds AND insects, as well as anyone else who's part of KA.

Essentially, veganism is anti slavery. Veganism is anti-speciesism, anti-racism, anti-sexism, anti-classism, as as well anti any other forms of discrimination. Veganism is not just a "trend" or "something cool". Veganism is a serious thing, and its main goal is to end all animal exploitation and slavery. By choosing to go vegan, you choose to fight for total animal liberation and AR (animal rights).

(Smoking is not vegan friendly either, as it involves animal testing, as well as child exploitation on tobacco farms, and humans are part of Kingdom Animalia, as well.)

Note that I stress the word ''exploitation''. For example, some people think that it's OK to eat eggs from their own rescued hens, as it doesn't harm the hen, but it doesn't matter if it hurts the hen or not - it's still exploitation, so it's against the vegan philosophy.

Many people who chose to follow a plant based diet think that they are vegan, just because they don't eat animal products, but they are not vegans - they are dietary vegetarians.

The difference between vegetarianism and veganism is, vegetarianism excludes animal products only from the diet, and people can choose to be vegetarian for any reason, while veganism excludes ALL animal products (not only from the diet), and people choose to go vegan because they care about all animals and don't want to contribute to exploitation and unnecessary cruelty. In other words, a vegan IS a dietary vegetarian, but a dietary vegetarian is not necessarily a vegan.

Sure, there are some people who, after going vegetarian for health reasons (or for other reasons), get involved in AR and decide to go vegan, but that's a different thing. I know some dietary vegetarians who, after seeing cruelty videos, started to care about non-human animals and decided to go vegan, that is, they stopped contributing to ALL forms of exploitation.

The term vegan was coined by Donald Watson in 1944 and was defined as follows:


''Veganism is a way of living which excludes all forms of exploitation of, and cruelty to, the animal kingdom, and includes a reverence for life. It applies to the practice of living on the products of the plant kingdom to the exclusion of flesh, fish, fowl, eggs, honey, animal milk and its derivatives, and encourages the use of alternatives for all commodities derived wholly or in part from animals.''

PRINCIPLES OF A VEGAN

These are 5 basic rules that a vegan must follow. In addition, some vegans may also choose not to drive a car or use a PC, or use other ''necessary'' products that may cause the death of many animals and environmental damage, even though this is something that can be considered ''extreme'', and not many people will do that, anyway, because cars and PCs, as well as some other products, are necessary for most people.

~ Is harming or killing someone in self defense acceptable to vegans? Yes, it is! However, we should always look for another solution that's not causing harm, when possible.

~ Are vegans perfect? Definitely not! There is no such thing as ''absolute perfection''. Vegans are just people who are very passionate about AR, and they just want to help end all this unnecessary exploitation and cruelty once and for all, as it causes so much suffering and pain to innocent living beings, and it also ruins the planet and people's health.

~ Is veganism, as lifestyle, perfect? Yes and no! Even though, subjectively, ''perfection'' can exist, technically, nothing can be perfect in an objective way. I mean, some people can see certain things and beings as ''perfect'', but that's based on opinion, not fact. Anyways, the thing with veganism is, it's obviously not perfect, for the simple fact that perfection does not exist, but, IF perfection existed, veganism would be the closest thing to perfection. I see veganism as a nearly perfect lifestyle, which can only be beneficial to the Earth and all earthlings, and I could never give up my vegan lifestyle, for ANY reason - I'm vegan for life!

~ Is it hard to be vegan? No, it's not hard at all! In fact, being vegan is the easiest thing in the world. The reason why most people think that it's hard is because they haven't tried it yet. Sure, at first, it is a bit hard, until you get used to it, but then you realize that it's so easy not to contribute to unnecessary cruelty. All vegans do is basically give up products that are totally unnecessary - that we were not even supposed to eat or wear or use, in the first place.

So... If you feel like you can't stick to veganism, simply use the term ''dietary vegetarian'' in order to avoid confusion.

Don't get me wrong, I'm not criticizing people or anything like that. All I'm trying to do is educate people about veganism and its true and original meaning. I'm just trying to make it clear, because all this misusing of veganism is causing a lot of harm to the vegan movement. But I know it's all those Vegan Societies' fault, as they never make it clear what veganism is and what it stands for, so people start making up their own definitions of veganism.

Veganism is compassion, equality and justice. Veganism is awareness and education. Veganism is peace. But, most importantly, veganism is the only way to end all exploitation and slavery - it is total liberation.

Email ThisBlogThis!Share to TwitterShare to FacebookShare to Pinterest
Labels: What is Veganism? Lynn Reed

[ Smiles ] Your posts are informative as always.

Thank you for your contribution to all vegans worldwide.

Smiles back at you Renard...you brighten up my day!

1. First of all humans are homosapiens which is just a type of animal.

3. Both animals and plants have survival needs, wants, and capabilities. Just that a plant doesn't cry, doesn't mean that you don't kill him, he has less emotions, but still it was proven it has some kind of nervous system.

4. Evolution would have never happen without animals eating each other, it's part of a natural process. You've never been able to right this blog post, if lions didn't ate deers and humans didn't ate fish.

@popimaster
1: Yes, that has been established. Where were you going with this?

2: Yes, nature is a sick f*** (or, just really stupid, see #4). As far as we know, humans are the only animals capable of making moral decisions, thus, it is imperative we make an effort to do as little harm as possible. Pointing to a lion and saying "they kill other animals" is not an excuse for humans to kill, rape, or otherwise harm other animals

3: By whom? Peter Tompkins? lol. Because of a lack of a central nervous system, it is doubtful that plants can feel on the level humans do. And why would they need some sort of pain mechanism when they can't even remove themselves from the source of it? That is the whole purpose of pain in animal biology.

4: Evolution is a highly unintelligent process brought about by random circumstances in an essentially brain-dead universe. Nature is unintelligent, and therefore incapable of making moral decisions. Its modus operandi is entirely senseless: kill, brutalize and rape one's way to the top, for the sake of coming out on top and doing it all over again. Yeah, to hell with nature and its silly processes. What is evolution good for, exactly? Besides creating millions of years of pain and carnage so we could have TV and iPods for the brain-dead masses. I think it is safe to say that we'd be well off without it.


@OP
Great post as always. Also, I'd like to point out that while smoking may not be vegan (unless it is home-grown tobacco), vaping (e-cigarettes) is. VirginVapor produces vegan nicotine liquid that is ethically sourced (from North Carolina). The e-cigarettes themselves, like all electr(on)ics may not be entirely ethical, but I think I'm less a harm to others if I can smoke (vape). Just putting it here for anyone who is interested.