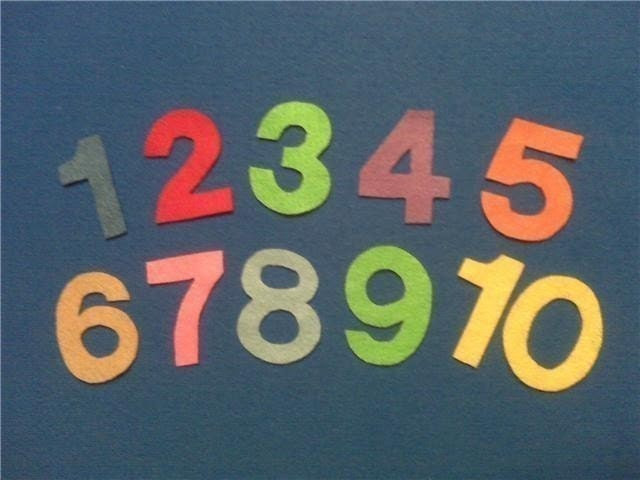 1.) Because you really don’t want to fund the exploitation of animals; of a different face, that suffer much like us. Because you're a decent, reasonable and fair person and you want to show basic respect to other animals, by not paying someone to exploit and kill them on your behalf.

2.) Because you want to extend and expand your sense of empathy for others and therefore don’t want to be part of the demand for death. You no longer want to take part in stealing the breath of life from innocent, intelligent and magnificent animals; who come into this world with the birth-right not to be harmed and hurt by humans (who have no physical requirement to do so). You want to honor their inherent rights – just as you want that respect shown to you.

3.) Because you don’t want to participate in the system that commodifies the lives of breathing, feeling, conscious and communicative animals. Animal exploitation wrongly and deceitfully turns ‘a someone’ into ‘a something’ – thereby hardening the heart of humanity.

4.) Because you DO believe that oppression, enslavement, sexual assault, kidnapping and murder are wrong – no matter who the victim is; and an animal is a ‘who’ not a ‘what’. Remember the old “person”, “place” or “thing”…well animals are not things, and not places. That makes them persons.

5.) Because you want ‘Peace on Earth’ and hope we can curb the rampant violence plaguing our planet, and now see that most of humanity sustains themselves from a diet and lifestyle that is inherently violent towards other animals. If humans adopt vegan living - it would bring about a whole new world…a peaceful, non-violent world where all sentient beings would have no reason to live in fear. A world where slaughterhouses are a thing of the past, and commercial feedlots that so resemble Nazi concentration camps, cease to be, and macho men roping baby calves at rodeo’s is just a nightmare that we woke up from - they have no place in this new world; a more civilized world that was not literally built upon slavery and exploitation.

6.) Because you realize that the violence and suffering inflicted on other animals by humans is so unnecessary, and what kind of person would want to cause unnecessary harm to someone else? Humans have obviously evolved to be able to thrive off the plant kingdom as evidenced by many long-time vegans. Vegan pioneers are happy and healthy, but deeply disturbed about the animal’s plight and the lack of awareness shown by too many people. Species extinction is happening at such an inconceivable rate that it appears to be a “wake-up call” that humans must put an end to animal agriculture; the most significant culprit in humans creating greenhouse gas emissions. We need to stop breeding and using animals. The human race needs to finally grow into their name and become a ‘humane’ race; a vegan humanity.

7.) Because you want to become a part of the solution; not a part of the problem of what ails our planet. You want to join a great social justice movement that gives your life real purpose. You want to help steer the course from the direction our planet is heading. You want to help usher in a vegan world because it’s a hope for restoring balance to the planet and quite possibly what is needed for the very survival of Earth and its inhabitants. Animal agriculture is killing the planet. Harming other animals is killing the heart of human-not-so-kind. Many noted great minds of history believed that the masses adopting a purely vegetarian diet would lead to a more peaceful society; because of its effect on human temperament. Becoming vegan is the first step to realizing a sustainable and better world for all.

8.) Surprisingly, I'm not going to say for your own health, though that might be true if we were talking about being an herbivore, pure vegetarian, dietary vegan, or someone on a plant-based or plant powered diet, and then a subcategory of that could be a raw-foodist, but we're talking about 'veganism' or 'becoming vegan'. Because vegans choose to live ethically towards other animals as far as practically possible, they're not consuming rotting corpses nor bodily secretions from other species that is not intended by nature for us, resulting in most vegans enjoying improved health. It’s a reward of righteous living. There’s no health guarantees. There may be less risk of heart disease, many forms of cancer, obesity, diabetes, multiple sclerosis, and the list goes on - from eating vegan. Most importantly, vegans are concerned about the health of other animals, not just their own.

9.) Because you want to feel the great pleasure of walking this Earth knowing you're vegan. Many pre-vegans or non-vegans call living vegan “a choice". I don't really see the choice here? Do you? Becoming vegan is an ethical imperative for all humans, from my point-of-view, and now hopefully also from yours.

10.) And finally, because, when Washoe; the chimpanzee (who was wrongfully enslaved) was taught American sign language, the first thing she said when she could form a sentence of her own thoughts was “Let me Out!” Other animals don’t need to speak the same language as us; any more than a foreigner does, for vegans to understand that they hold basic ‘rights’, for example: not to be owned, sexually assaulted, or harmed by humans.
Posted by M. (known as) "Butterflies" Katz at 4/07/2012

Email ThisBlogThis!Share to TwitterShare to FacebookShare to Pinterest
Labels: 10 Reasons to go vegan

I want to eventually go vegan to be healthier, eating vibrant nutritious meals, not dirtied up by GMO's, animal or dairy that has been turned into food that is nasty. Plain and simple veggies, fruit, nuts, beans, seeds - natural is best. Most of your reasons all sound similar.

what a great post. so well written and so very true. I wish I could get all the carnists I know to read this.

Thanks Pointy - you can always pointy them in the direction of this blog!

Jennie - you are missing the point of the blog. There is ONLY ONE real reason to be vegan; for the animals. What you are talking about; eating a clean plant diet for your own health is not veganism, but some other term like pure vegetarian, herbivore, dietary vegan.

[ Smiles ] M, I would like to thank you for another informative blog.

I can't wait to read the next one!

I want to be pious and sanctimonious invoking guilt on fellow human beings enjoying the blissful normality of meat.

Hmmm...an anonymous comment taking a jab, claiming vegans are pious and sanctimonious. Wherein does the hypocrisy lie, exactly, when a post like this is just bringing to light THE TRUTH of what it really means to eat animals?

Because the reality is that the vast majority of us are totally ignorant when it comes to how exactly an animal ends up on our plate. And if Anonymous opened herself/himself up to learning the true nature of the meat industry and the true implications of eating animals, he/she (being of sound mind) would find it anything but blissful.

What a relieve to read in words what all true vegans feel in their hearts.

Why do people always post horrible and stupid reasons about veganism being bad they just cant accept that carnivorism is wrong.

I don't know how Butterflies could be any more clear that she is not talking about diet. She expressly states that veganism is not a diet over and over and over, but almost without fail, the comments, which seem supportive on the surface, are more like passive aggressive attacks.

Pointy, it is not about carnism, either, which is a term limited to the concept of others as food. The opposite of "vegan" is "non-vegan". Butterflies is talking about veganism, not vegetarianism, as she said.