IT'S EASY TO BE VEGAN 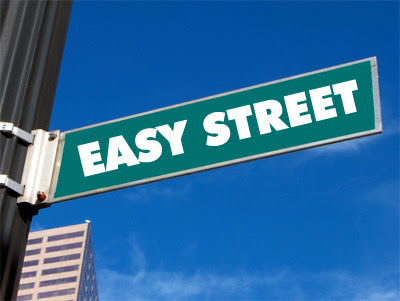 It’s easy to be vegan when one considers the alternative; being complicit in the atrocities that humans inflict on breathing, feeling, animals. People seem to think that reading ingredient labels is daunting. In reality, it’s a fairly easy practice to ensure that you are not supporting any animal-harming industries. Even one ingredient, such as ‘casein’, is big business. Reading labels and not supporting products that contain any animal products is a great way, perhaps THE way, to put an end to animal exploitation.

It’s easy to be vegan. And it gets easier as time goes on. There is an adjustment period in the beginning; a period of relearning food staples and educating oneself as to what is really going on to turn a living animal into a commodity. (If you need to see the gruesome process, watch the movie ‘Earthlings’ – seen for free on-line.) Then vegan living becomes automatic. Honestly, what is hard is living with the knowledge of what your species is capable of imposing on nonhuman animals. Seeing all the violence that humans consume on a daily basis without a second thought, and that others don’t see what is so easy for vegans to see – is what is difficult. Or what innocent animals go through - now that is truly difficult. labels or verifying ingredients is not difficult.


Being healthier makes life easier for vegans. It’s easier getting fewer illnesses in general – fewer colds and flus than our omnivorous counterparts whose bodies are more acidic and therefore are a homier environment for bugs. Viruses, germs, bacteria, and cancers cells need two conditions to thrive; an environment low in oxygen and one that is acidic. Eating vegan is far less acidic than flesh-eating. Cheese, dairy, eggs, fish, chicken, animal flesh, and honey are notably acid-forming. It's easy-street to "feel better" and get sick less.

The only supplement that most vegans need to take is Vitamin B12, which you can get from fortified nutritional yeast, other fortified foods, or from a sublingual supplement. There are a few essential nutrients that you should ensure you intake: D2 supplements, algae-derived DHA/EPA and Omega 3 fats, iron, calcium and iodine. A blood test can tell you if you are lacking any nutrients and need to supplement, or better yet, look for plant foods rich in that particular nutrient. Help yourself to a daily green drink (fresh orange juice, fresh fruit, and dark leafy greens blended) for optimal health.


Our skin manufactures the ‘sunshine vitamin’ (Vitamin D) from the ultraviolet rays of the sun. New information supports that we need a sensible amount of sunlight exposure because many people, including non-vegans, are not getting enough. We should be sure not to burn, however. Vegans who choose to avoid the sun, need to supplement with vitamin D2 (synthetic or manufactured from yeast), as opposed to D3; (commonly made from sheep’s wool) (There a few new vegan versions of D3 on the market, like Vitashine in the U.K). Once we learn essentials to consume on a regular basis, such as tahini and dark leafy greens for calcium, walnuts or flax seeds for omega 3 essential fatty acid, sunshine for vitamin D....it all becomes second nature. Vegans often become nutritionally knowledgeable, because setting a healthful example is good vegan advocacy.

It’s easy to be vegan – no matter where you are in the world. Most people fortunate enough to own a computer and able to be reading this essay, will have no problem sourcing fruits, vegetables, nuts, seeds, grains, and legumes – beautifully adequate to keep us living…even more healthful than the plant-based processed meats and cheeses. However there are people (like my parents) who have been eating marketed vegan burgers, Tofurky, and So Delicious vegan ice cream for years instead of ground-up murdered cows and turkeys, or products of slavery, kidnapping, and sexual assault. If these replacement items help people to eat vegan, they are a blessing for the animals we are trying to free. So unless you are living in Kazakhstan, or a minor living with parents that won't allow it, the only thing making it difficult to become vegan is your own excuses, rationalizations, and fears of breaking free of propaganda and peer pressure and indoctrination.

It’s easy to be vegan even when you are surrounded by opposition. Supporting the needless suffering of those who are capable of suffering is not in alignment with our better selves. Being vegan is just basic decency towards others – nothing extreme about it. It’s easier to go through life following what your higher self knows is right. Rather than following our indoctrination, it’s best to go inward to our conscience. Humans are all endowed with one - we’re all equal in that way.

Living the vegan ethic permeates all aspects of our life. Being vegan, I’m entertained by a bird soaring in the sky or a caterpillar transforming into a butterfly, NOT by an animal stolen from the wild or born into captivity, shocked, and physically and emotionally harmed into learning tricks that amuse humans. As we become vegan we change our concept of entertainment. Vegans are not entertained by the misery of others. A zoo, once thought of as a place to learn about other species of animals, becomes seen as an animal prison for those who are guilty of no crime.

The Vegan Society (the first vegan society and where the word came from) offers this definition:
“The word "veganism" denotes a philosophy and way of living which seeks to exclude — as far as possible and practical — all forms of exploitation of, and cruelty to, animals for food, clothing or any other purpose”
All vegans will draw the ‘practical’ line in a different place. Most of us can not avoid driving a car and tires are formed with the use of stearic acid; generally sourced from animal tallow. Refrigerators use freon; a cooling agent that contains a derivative from animal fat. These cases are examples of beyond what is practical. It was more difficult to find substitutes in the olden days when I became vegan, but now there are many toiletries, soaps (), and cleaners that don’t contain ingredients sourced from the slaughterhouse and that are not tested on animals.
Perhaps the hardest thing to relinquish when becoming vegan is cheese. "I'm addicted", I would say in jest. I later learned that humans really are addicted to cheese. Cheese contains concentrated casein. Researchers found that cow's milk contains a protein called casein that releases opiates, called casomorphins; which are chemically similar to morphine. All mammalian mothers’ milk contains casomorphines so that the young will return to the breast for milk. It appears that the opiates from mother's milk produce a calming effect on the infant and may be largely responsible for the mother-infant bond. Overcoming addictions is not easy, but what makes it easy to give up cheese is awakening to disgust for the dairy industry. Instead, vegans learn to love cheesy sauces made of savoury yeast, tofu, oil, and sea salt - homogenized, then poured over Lasagna, pizza, or stuffed baked potatoes - and baked into a melted cheese sensation. Vegan food is incredibly delicious and nourishing to our physical bodies and our spirits. It’s all about that change in perception and that changed perception makes it easy to be vegan.
It’s as easy as going down a different isle in the grocery store for your protein source. Instead of heading for the meat department, one can choose to head over to the refrigerated section where the plant proteins are sold, such as tofu, tempeh, soy sausages, and hummus, or to the isle with dry lentils and beans. It boils down to a choice of one isle where the protein is sourced from imposing cruelty and death on conscious animals or the protein from plants; which are not conscious. It’s about making less cruel choices.

One of the biggest misconceptions of our time is that veganism is for those with “will-power” or a minority of the population. It’s for every human and it’s easier than people think. Instead of buying purses, wallets, shoes, and clothes made of leather, wool, or fur; the skins of animals that were literally (and brutally) stolen off their backs - purchase cloth, canvas, pleather, hemp, synthetics, etc. (secondhand whenever possible). This last quarter of a century brought with it shoes marked “all man-made-materials”, hemp shoes, Crocs and their cheaper imitations, and many online vegan shoe lines and shops. When we use our purchasing power to protest animal consumption (by purchasing vegan products), we’re helping to create a world where it is easy for everybody to be vegan.


It’s easy being vegan knowing that you are one of many who are forerunning a movement to bring about a vegan world. It’s within our reach; and I like knowing that I’m just one of millions of vegan educators that are scattered around the planet. That certainly makes it a lot easier than when I started out and I didn’t know another vegan!

It’s easy to be vegan and it gets easier as we understand it deeper, with time. As we veganize, we start seeing what a Great Truth we stumbled upon. How do we know this? Because, from any angle you examine the vegan ideal, it is as a solution…from environmental sustainability, to human health issues, to having enough food to feed the starving, to standing in opposition of violence, to a hope for ending wars (vegans don’t kill animals, and humans are animals), to awakening people to compassion. It's easier because it is more pleasant to prepare food devoid of blood dripping from dead animal flesh.

And the cherry on the vegan cake is the clarity of mind that comes from living decades without running animal products through your system, and the interspecies friendships that come when other species' sense that we mean them no harm. It brings a certain magic to life that is well worth whatever perceived hardships one imagines. Being vegan makes it easier for us to be more enlightened and awake. We feel better knowing that we are not complicit in the crimes against nonhumanity. After three decades of living vegan, there is one thing I can say with conviction - it’s easy to be vegan!

Email ThisBlogThis!Share to TwitterShare to FacebookShare to Pinterest
Labels: It's Easy to be Vegan

i would argue that there are other reasons people are not able to be vegan. how about those with access to little or no food at all? or those who cannot afford fresh produce due to the high prices in lower income areas (b/c of the use of WIC or Link cards this is sometimes the case). high fat, calorie dense foods are cheaper.

i am vegan and i spend relatively small amounts of money on being vegan. but, i recognize my privilege. and i am not trying to support a family on minimum wage.

we are privileged. being vegan is a privilege.

i did enjoy your article though.

Awesome article. This really motivates me to give up cheese. Thank you for sharing your passion.

I am so sharing this article.
Good one!