TRUTHISM; My Religion; where Veganism is Mandatory 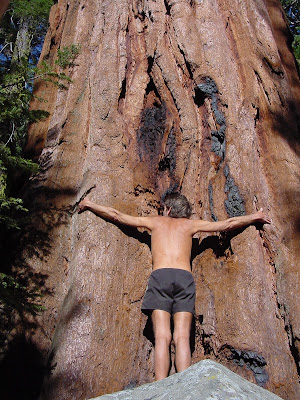 None of the world’s religions state that all its adherents must be vegan. Because no religion mandates that its adherents be vegan (not just dietary vegans), I had to turn to Truthism. It’s a simple religion – the precepts are easy enough for anyone to comprehend. ‘Treat others with the basic respect that all beings deserve’, and in Truthism, which is not human-centric, ‘others’ means ALL others; especially all other animals. Truthists also endeavor not to harm insects, pick flowers, cut down trees, destroy our natural environment, or harm humans.


In Truthism, you don’t have to fund anyone. No donations, no alms-giving, no tithing; however it is forbidden to fund human or nonhuman slavery, exploitation, and oppression. Not only do products of slavery have no place in Truthism, but also products that come from unsustainable agricultural practices. One of the philosophies of Truthism is seeing the need to put an end to the purpose-bred domestication of nonhuman animals, as well as leaving the “free-living” animals live their portion of life without human interference, unless it is to offer help or friendship.


In Truthism, you don’t have to study books, Bibles, Torahs, or Korans, nor a set of commandments that one can misinterpret, like altering ‘Thou Shall Not Kill’ to ‘Thou Shall not Kill (some) humans -- but nonhumans is perfectly fine’. No, you just have to show basic respect to others. There’s no promise of rewards in an afterlife. The only rewards you get are in this life: the reward of knowing that you are behaving morally, and the reward of less risk of life-threatening diseases, and the reward of wonderful inter-species friendships.


In Truthism, you don’t have to pray to God in public and be hidden away from God’s World by four concrete walls. Instead, you can go to the countryside, find a cathedral of trees, lie down, look up, and rejoice. There are no priests, rabbis, or monks. The God of Truthism has endowed each human being with a conscience to serve as our leader, on a daily basis. Truthism tells us to engage the conscience within, to befriend her; to obey her over the crowds. Truthism is a religion that once you join, it kind of possesses your life and you can never turn away from its magnetism. It becomes a way of life, from the practical to the philosophical. Being vegan is just the first step; it’s not the only tenet of the religion, but it is an inescapable, unavoidable, first step.


Want to join this religion? It’s free, no paperwork to convert, you didn’t have to be born into it …you just have to see that it’s the right religion for you. If other religions just aren’t up to snuff for you anymore, come follow Truthism. Anyone; of any color, race, ethnicity, sex or sexual preference, or age is welcomed. Followers of Truthism are non-racist, non-sexist, non-speciesist, and non-ageist. A Truthist can be intimate with whomever they like (of age), so long as it is consenting and loving. In Truthism, one would have to consider birth control and think deeply if it is ‘in Truth’ to bring more children to this ailing and over-populated planet. As a Truthist, I voluntarily ceased to bring more humans to Earth-as-it-is.


Truthism does not want people to live their lives as mere wage slaves. Truthism beckons us to really live life, to work to right the injustices, especially our own, to live in and to care for the natural environment, and to learn how to Love. Truthism sees Love as a verb; something you do, and also as a noun; an exalted state we strive to be one with. The Truthist would not set limitations on love based on irrelevant details such as color of skin, age, a certain look, common interests, but rather would be open to anyone willing to “rise in love”. A Truthism devotee feels ‘a oneness with God’ when embraced in Nirvana with a dog friend, when hugging a thousand year old tree, when caressing a bunny, in the state of “in Love” with another human being, when watching sunsets, and other such ways of knowing the God of Truthism.

In Truthism, it’s not about being better than the next guy, but about tomorrow, being better than you are today. Truthists seek to know their higher nature. The Truthist learns to follow that voice within that knows right from wrong, regardless of societal indoctrination; where everything is deciphered through our own reasoning mind, sense of justice, our conscience, and our compassionate heart - to arrive at the Truth. This is the essence of Truthism. Being vegan is merely the first step for the Truthist. No one can commune with the God of Truthism while participating in the torture and killing of other conscious beings.
Posted by M. (known as) "Butterflies" Katz at 9/30/2010

Email ThisBlogThis!Share to TwitterShare to FacebookShare to Pinterest
Labels: Truthism; my religion

This is a truly beautiful idea! I could definitely support this religion.