Why Should ALL Animals have Rights? 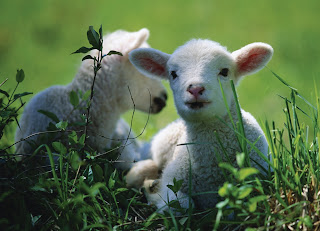 Personally, I have no idea how anyone could possibly need scientific evidence that animals have feelings, emotions and/or sentience. I’ve experienced many interspecies relationships and therefore I know with certainty, that they are sentient; which is the ability to perceive, or to have sensations or experiences; to feel pain and pleasure.

However, according to Worldwatch Institute, worldwide consumption of meat and animal products continues to grow. Therefore there are a lot of people that still need scientific proof that nonhuman animals are sentient, before they make that imperative switch living vegan. Scientific proof is emerging all the time, though it is extremely sad that we needlessly inflict pain and suffering on animals to discover the obvious; that they do feel pain. Animals value their own life. They have the capacity to suffer. They communicate with their own kind and sometimes other species. They have feelings and emotions; even display altruism. These are the reasons why all animals should have rights. Supporters of animal rights believe that animals have an inherent worth—a value completely separate from their usefulness to humans. Marc Bekoff, professor of biology at the University of Colorado and co-founder of an organization with the primatologist Jane Goodall, explains: “The fact is that fish show fear. Rodents can empathize. This is hard science. With birds and mammals there is no doubt that they have a very rich ensemble of emotions.”

Dr. Jane Goodall, oddly not a vegan herself, gave the keynote address at an international conference in London, on animal sentience. The address suggested that the burden of proof should not be on those trying to prove the sentience of animals, but rather on those seeking to disprove it. Remarkably, animal sentience has been a matter of debate for centuries. We can't prove scientifically that another human being is sentient, though it would obviously be unreasonable to assume they are not. Most current scientific opinion believes it's certainly right to give the benefit of the doubt to all vertebrates; essentially that all vertebrate animals, at least, are capable of feeling pain and experiencing distress.

Professor Gary Francione, Distinguished Professor, and Scholar of Law and Philosophy at Rutgers University School of Law, bases his abolitionist theory of animal rights on ‘sentience’. He asserts that "all sentient beings, human or nonhuman, have one right: the basic right not to be treated as the property of others.” And being a vegan, he is not hypocritical.

In 1997 the concept of ‘animal sentience’ was written into the basic law of the European Union. The legally-binding Protocol annexed to the Treaty of Amsterdam recognizes that animals are ‘sentient beings’. The Dutch Animal Health and Welfare Act (1981) stated: "Acknowledgment of the intrinsic value of animals means that animals have value in their own right and as a consequence their interests are no longer automatically subordinate to man's interests." I don’t think the Dutch nation went vegan, but okay we’re making progress since the 1600’s when French philosopher; Rene Descartes, argued that animals lack consciousness and therefore do not experience pain and suffering in the way that humans do. Why all governments (and all people) don’t make the same acknowledgment as the Dutch just illustrates that we still have much work to do. And if we recognize sentience in nonhumans, we are obligated to treat them with respect.

In the 18th century, English Utilitarian Philosopher; Jeremy Bentham, stated that when deciding on a being’s rights, “The question is not ‘Can they reason?’ nor ‘Can they talk?’ but ‘Can they suffer?” The presence of pain in an animal can be detected through physical and behavioral reactions. Authorities currently believe that all vertebrates can feel pain, as well as certain invertebrates, like the octopus, squid, lobster, and crab. Nearly all the external signs that look like pain in humans can also be seen in other species, especially the species most closely related to us; mammals and birds. Some of these behavioral signs include writhing, facial contortions, whimpering, yelping or crying out, trying to avoid the source of the pain, and appearing fearful at the prospect of its repetition. These other animals have nervous systems very like ours, which respond physiologically like ours do when the animal is in circumstances in which we would feel pain: an initial rise of blood pressure, dilated pupils, perspiration, an increased pulse rate, etc.

It’s been shown that some other animals can remember and anticipate events, foresee their future needs and plan ahead, maintain complex social relationships in their groups, understand what another animal is going to do and attempt to deceive that animal in order to gain an advantage, enjoy learning a new skill, and empathize. Animals can experience the unpleasant emotions of pain, fear, and frustration. And sadly, they are reduced to nothing more than scientific studies of ‘Animal Sentience’ all the while they are feeling these emotions.

Many of the animals we interact with turn out to have more complex mental and emotional lives than people have understood in the past, and new scientific research is constantly revealing new evidence of animals' cognitive abilities and their emotions. It just makes sense that humans share emotional and cognitive abilities with other animal species. For example, I’ve been amazed at the intricate and impressive bird nests that I’ve discovered. Science is now discovering that even fish feel pain and they have their own separate personalities.

There are over a million species of animals (not including insects) on the planet. According to National Geographic, almost every animal communicates with others of its own kind. Though they may not use words to communicate like humans, they have a variety of ways to get their message across to others of their species. One interesting example is the Japanese red-crowned crane, which stands nearly 5 ft. tall. They perform a ceremonial courtship duet and dance. They usually mate for life and live more than 50 years. Sea mammals such as seals, whales, and manatees communicate mostly by sound and touch. Manatees nuzzle and nibble each other when they meet. These large, exceptionally gentle, plant-eating, mammals inhabit warm waters such as Florida or northern Brazil.

Throughout history humans have treated animals in ways that caused great suffering to them. Today there is increasing concern about animals gaining their inalienable right to freely live their own life, whether these are free living animals or those used by people for food, products, clothing, work, companionship, entertainment, sport or scientific research; or used by humans for any purpose. Becoming vegan is the correct response; it is the ethical stance that addresses this horrific social injustice.