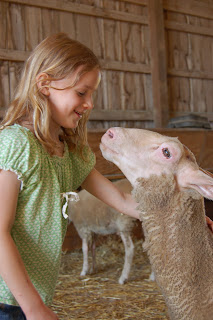 “And maddest of all is to see ‘life as it is’ and ‘not as it should be’!” cried Don Quixote in Man of La Mancha. These words have been a lifelong inspiration for me in the envisioning of “a world the way it should be” and trying to make myself befitting to live in it. To live in a world “as it should be”, one could start by climbing above their unjust mindsets such as racism, sexism, ageism, nationalism and speciesism.

The term ‘speciesism’ was coined by British psychologist Richard D. Ryder in 1973 to denote assigning different values or rights to beings on the basis of their species membership. To quote him, “I use the word ‘speciesism’ to describe the widespread discrimination that is practiced by man against other species. Speciesism and racism both overlook or underestimate the similarities between the discriminator and those discriminated against."


I understand the plight of fellow animals and recognize that they are persons in a furry or feathery suit; therefore I am compelled by moral duty to be a voice for our friends of non-lingual communication. Even vegans, (including myself), who greatly love  animals, have remnants of a speciesist mindset to overcome. Even if humans don't exploit animals, they still have some part of them that thinks they were made for them. They were made for bringing us joy, calming us, entertaining us with the tricks we had them learn, or having them as a play toy for our children, and having them do what we want them to do, basically. People have a human supremacy stance that carries them through life.

We call ourselves “owners” of our dog. This is to be expected because we grew up in a world that teaches and even legally states that animals are ‘our possessions’. Often, people will pay money for an animal; which I find unthinkable. Commodifying another breathing conscious being is immoral. We were taught by society that we have dominion over other animals; that they were put here for our use. This is but one more example of erroneous and speciesist indoctrination. Society is selling an assortment of lies and people are buying them.


Television commercials are some of the worst forms of lying that goes on in the world. When I see how people listen to the TV commercials that entice them to eat sizzling muscle of a butchered gentle animal and think it is a “delicacy”, or accept as true the commercials that lead you to believe that an enslaved nonhuman animal is HAPPY to give you her/his bodily secretions or dismembered body parts, I can see how Nazism was able to ‘come to be’. Apparently, it’s easy to sell lies to people. Society programs us with illogical lies about animals just as Nazism has regarding races of man. The oppressive conduct of society towards animals can be compared to the oppressive nature of Nazism. There are strong parallels between racism and speciesism.

Isaac Bashevis Singer, the 1978 Nobel Prize recipient, had this to say:

“What do they know-all those scholars, all those philosophers, all the leaders of the world –about such as you? They have convinced themselves that man, the worst transgressor of all the species, is the crown of all creation. All other creatures were created merely to provide him with food, pelts, to be tormented, exterminated. In relation to them, all people are Nazis; for the animals it is an eternal Treblinka. And yet man demands compassion from heaven.”

What if we could awaken ourselves to filtering everything through our own reasoning mind, and through our own conscience, rather than just following societal norms? In our discovering of Truth (with a capital T), we must evaluate what we've been taught through reasoning and through our own sense of right and wrong. We can know what is really true because it is written in our conscience. When I realized (at age twelve) that animals were not food, but friends, and that everyone else thought differently, I knew right then and there not to necessarily trust what mainstream perception is handing me; to take people’s words with a grain of sea salt! If they couldn’t see this obvious Truth that animals are beings not that different to us; (two eyes, a brain, a heart, a nervous system, emotions, families, loveable, communicative) and should not be killed and eaten, what else were they not seeing that they think they do see?

Humans prize their intelligence and use it as rationale as to why they have the right to dominate/own/enslave other species of animal. But to me, this seems like a fundamental lack of intelligence, like they really are not seeing very basic simple truths of life; truths that are easy enough for a child to comprehend (and they do). Some say being vegan is too eccentric and difficult, but it is actually the very least we can do to respect the inherent rights of others. It is just the first step. I am a staunch vegan of 3 decades, and yet I have work to do in regards to speciesism, as well as racism, ageism; the entire kingdom of ism’s. We all have work to do in these areas. The work never ends.

All species and the natural environment are interconnected. By living vegan, we liberate ourselves from the guilt, (however hidden), of imposing suffering on other beings, and thus we free our higher nature to emerge. I believe that this evolution of the human consciousness, (which is not passive, but takes effort), is the way out of the critically threatening planetary problems we are facing. It is the non-violent approach to gaining rights for animals that will lead to their emancipation, and ours.

Email ThisBlogThis!Share to TwitterShare to FacebookShare to Pinterest
Labels: speciesism